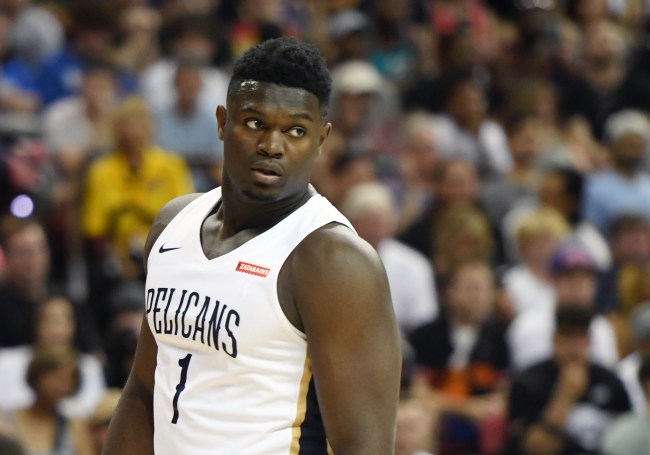 Zion Williamson is well on his way to taking over the NBA despite the fact that he’s only played in 19 games and he may soon take over the big screen as well.

Spike Lee and Ray Allen were recently interviewed on the Jumpman show ‘Encore’ and shared that they have reached out to Williamson and had initial discussions with the 19-year-old about starring in a ‘He Got Game’ sequel. Lee directed the original 1998 movie which of course starred Allen who played basketball prospect Jesus Shuttlesworth.

It’s worth noting that Williamson has previously expressed interest in being a part of the sequel, which has been an idea floated around for many years.

“I would wanna be in the sequel to ‘He Got Game,’ I would definitely want to be like, in the Part 2 of that movie,” Williamson said during a 2019 interview with Esquire.

It certainly looks like the two biggest pieces of the puzzle, Lee and Williamson, are on the same page. Who knows whether or not Williamson can actually act, but maybe we’ll find out sooner rather than later.

For anyone wondering if Denzel Washington would be a part of a sequel, Lee said on ‘Encore’ that the legendary actor wouldn’t be involved. He did say that Rosario Dawson, who played Shuttlesworth’s girlfriend Lala Bonilla, might be in the plans.

It would be interesting to see a sequel of the classic hoops movie after all these years, especially with a guy like Williamson as the star. Instead of a sweet jumper, we’d be in store for insane dunks, which may not be the worst thing in the world, but certainly different.