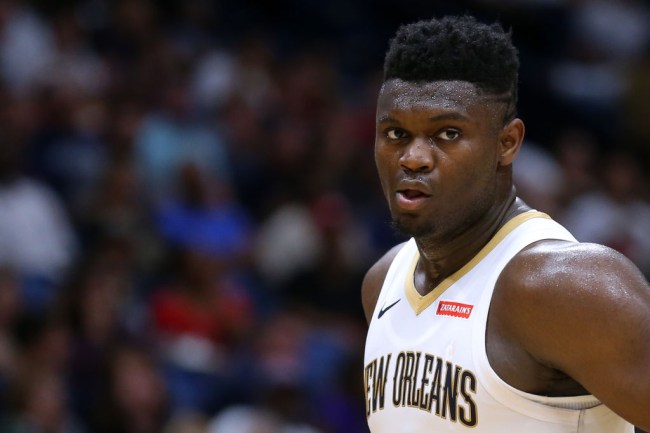 While it’s being reported that his knee injury isn’t severe, Zion Williamson is set to miss weeks to begin the NBA season according to Adrian Wojnarowski.

A severe injury has been ruled out for Zion Williamson’s right knee, but he is expected to miss period of weeks to start regular season, league sources tell ESPN. Pels are clearly treating injury with an abundance of caution but there’s no shortage of confidence on full recovery.

First, we get the news that Patrick Mahomes will miss an extended period of time on Friday and now this news about Zion? It’s a bad day for knees, apparently.

This is certainly not how the Pelicans, Zion or NBA fans wanted his career to begin, but it appears that New Orleans is being extra careful here and nobody can blame them for that. He did not play in the team’s final preseason game against the Knicks on Thursday.

Williamson averaged 23.3 points and 6.5 rebounds while shooting 71.4 percent from the field in the Pelicans’ first four preseason games playing just over 27 minutes per game.

Let’s hope that when he does return he is 100% healthy and any sort of injuries don’t plague him through his career.