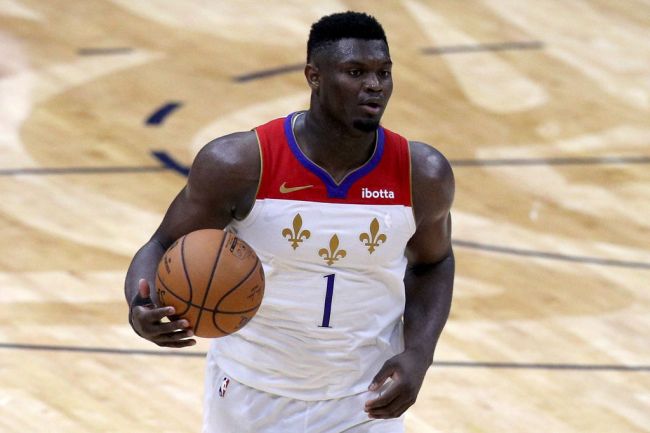 Zion Williamson has not played in a single game for the New Orleans Pelicans this season as he continues to get healthy following offseason foot surgery. As a result of said foot surgery, it has been reported that Williamson tipped the scale beyond 300 pounds this offseason.

Williamson’s weight has always been a topic of discussion, even going back to his playing days at Duke.

Speaking of Duke, former Blue Devil and teammate of Zion’s in New Orleans, JJ Redick, thinks Pelicans fans should be worried about Zion’s future given his history with injuries and the latest weight gain.

“Of course I would be worried just in general about Zion, given his injury history,” Redick reportedly explained on an ESPN conference call. There’s certainly a lot more at play here than whether he ends up leaving the Pelicans in five years or four years or whatever it is.”

“Zion has to be in better shape. That’s not a secret, and he’s got to get healthy. And I think if Zion’s out on the court with Brandon (Ingram) and the young nucleus they have, there’s a lot to be excited about if I was a Pelicans fan.”

It’s not often we see Duke on Duke ‘crime’ here, but you have to respect Redick for telling it like it is when it comes to Williamson. It’s not like Redick is poking fun at Williamson’s size, he just knows that he needs to be in better shape to continue playing at the level both himself and the Pelicans hope he can.

Williamson is expected to miss a couple more weeks before being cleared to play.