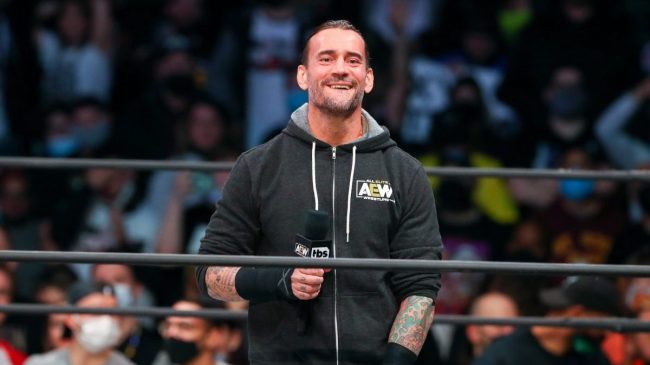 As a general rule of thumb, its best to believe that everything that comes out of the mouth of a pro wrestler is a work. Meaning that everything they say, particularly in front of a camera, is meant to advance a storyline and shouldn’t be taken seriously.

However, that’s not always the case. Especially when it comes to controversial ex-WWE star and one-time UFC fighter CM Punk. Punk gained popularity in WWE for his attitude and supposed edginess. He called out then-owner Vince McMahon and his family. And that attitude eventually led to his departure from the company.

A lot has happened since that time. Punk has been involved in a pair of notable lawsuits. One involved the WWE. But it also involved one of Punk’s former best friends Scotty Goldman (ring name Colt Cabana). That led to Cabana suing Punk over legal fees. Both agreed to drop the suit in 2019, but their real-life friendship had long ended.

Punk made his shocking return to wrestling in 2021 with upstart company AEW. He quickly rose to the top of the card as one of the biggest stars in the industry.

But Cabana was also on the roster. That didn’t last long, however, as news broke that AEW owner Tony Khan (whose father Shad Khan owns the Jacksonville Jaguars) planned to let Cabana walk when his contract expired in early 2022.

Many in the company Punk for the highly-popular Cabana’s departure. That included then AEW-champion Adam Page and the backstage drama quickly spilled onto the screen.

Punk eventually won the AEW title from Page. He then suffered a broken foot and recently returned to television. On Sunday night, he sought to win the AEW title again. Punk defeated fellow WWE defector Jon Moxley in his home town of Chicago to become a two-time AEW champion.

After the show, however, he had some incredibly controversial comments about Cabana, Page and those reporting on the situation.

Sean Ross Sapp of Fightful reports the comments did not go over well and caused major friction with some of the company’s biggest stars.

There's some big heat already on CM Punk from his comments at the AEW post-show scrum. I'll have more on https://t.co/jy8u4a7WDa shortly after our post show.

Cabana has since been rehired and works for Khan’s other company, Ring of Honor. Khan, meanwhile, trolled WWE after the announcement of Vince McMahon’s “retirement.” But now it appears WWE could end up with the last laugh.