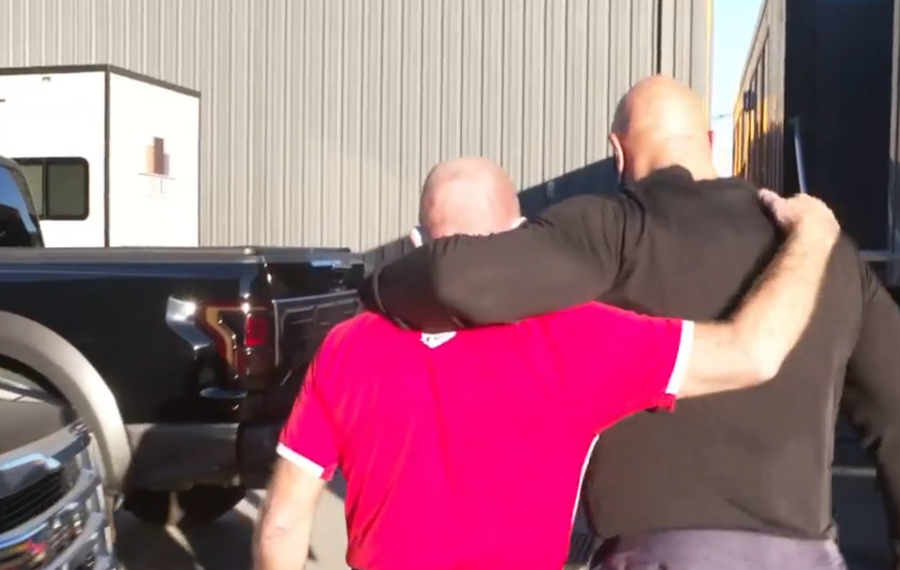 Christmas is the time of giving. Dwayne Johnson spent the holiday season giving back to an old friend who provided the “People’s Champ” with a place to crash when he was almost homeless.

Longtime wrestling fans will remember Bruno Lauer from his time in the WWE as manager Harvey Wippleman.

Wippleman managed heels like Psycho Sid, Kamala, and Big Bully Busick during his run with the company in the late 1980s and early 1990s.

Lauer also spent time in other federations under the name “Downtown Bruno.”

Around the same time, Lauer was a household name, a young Dwayne Johnson was down on his luck and looking for a place to live.

Johnson and his mother were evicted from their house in Hawaii and couldn’t crash with Johnson’s father, Rocky Johnson.

Lauer offered the teenage Johnson a place to stay in Nashville, Tennessee.

The Rock remembers that Lauer “lived in a tiny room at a spot called the Alamo Plaza motel” and the two didn’t know one another. Lauer opened up his home to Johnson and the pair became lifelong friends.

“When I was 15yrs old,” recalls Johnson, “Bruno even gave me his last $40 bucks so I could hustle a crackhead out of his car one night at a honky-tonk in Nashville.”

Nine years later, when The Rock was again down on his luck, Lauer let the future superstar crash at his place.

Johnson never forgot his friend’s kindness and finally got a chance to repay Lauer for opening up his home to a complete stranger.

Johnson gifted Lauer with a brand-new Ford F150 truck over Christmas and filmed the moment for Instagram.

The exchange between the two men is heartfelt, and funny, with Lauer telling The Rock “I want to hug you so bad, but Covid.”

Johnson wrote in the IG caption.

“I love you, brother. Your kindness and heart – helped change my life’s trajectory. And when you’re ready to retire from “the business” you just say the word. I got you covered”