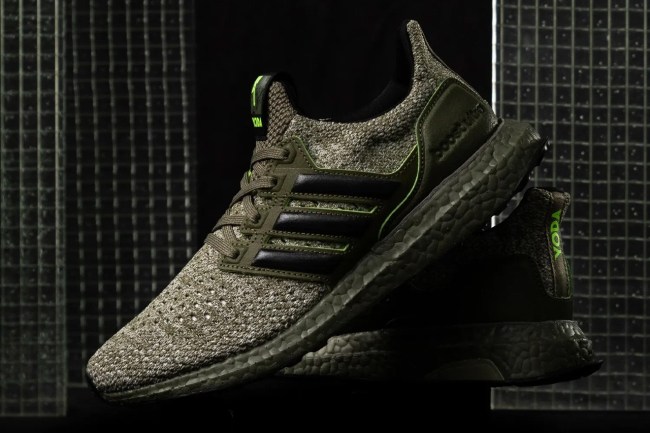 The adidas x Game of Thrones Ultraboost collab was one of the most buzzed about releases – and easily better received than the final episodes of the show.

This year, the Three Stripes has leaned heavily into the Star Wars universe. They’re journeying deep into a galaxy far, far away with an entire capsule collection – IE, the adidas Star Wars NMD_R1. Back in the spring they released the Boba Fett Top Ten Hi to commemorate the 40th anniversary of The Empire Strikes Back, right in time for Boba Fett’s return to The Madolorian, Season 2.

Also coming on September 17th: Yoda-edition Ultraboosts to continue the celebration for The Empire Strikes Back. 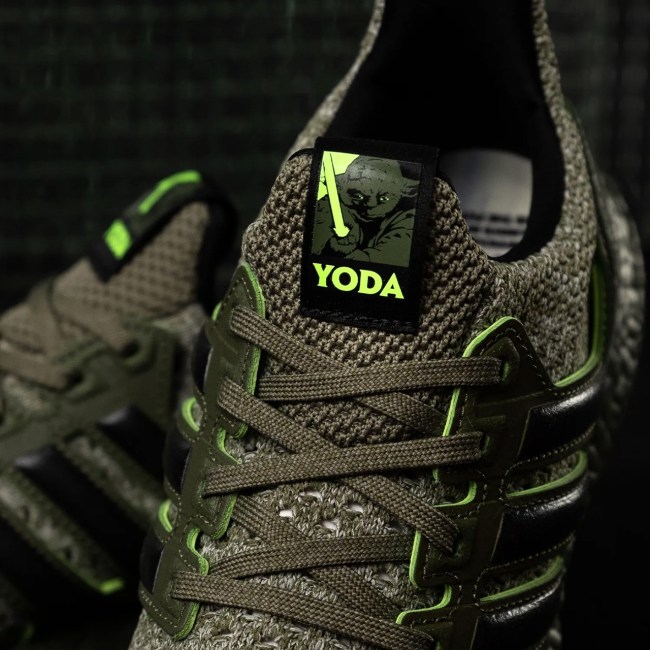 The adidas Yoda Ultraboosts feature Primeknit uppers in a flecked olive and white soft material. The trim is bright neon green and the tongue features a menacing looking Yoda wielding a neon-green lightsaber.

Yoda’s backwards-speaking makes its way to the shoe, with “BOOST Ultra” on the heel plate. The insole includes a timeless Yoda-ism: “Difficult to see, always in motion is the future.” 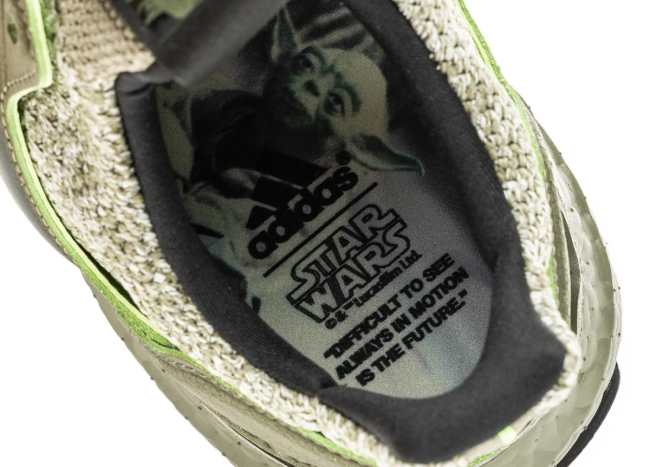 The Star Wars x adidas UltraBOOST “Yoda” will be released via limited edition retailer, including Asphalt Gold, on September 17. 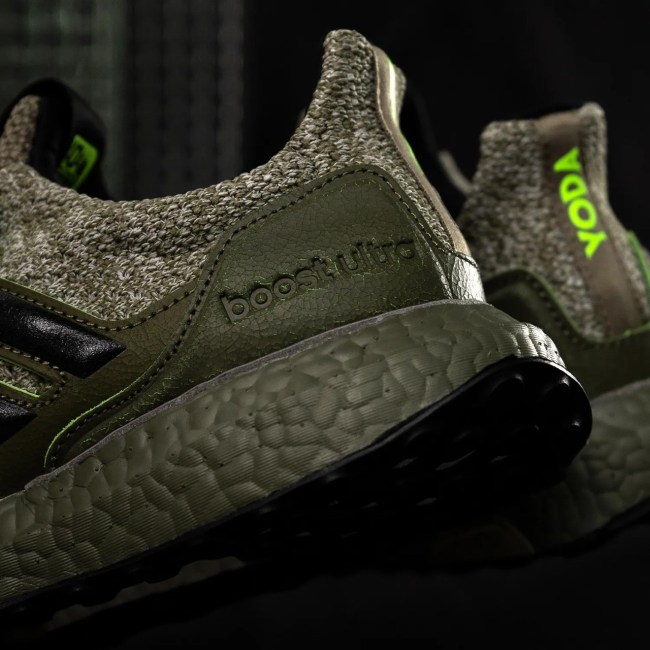