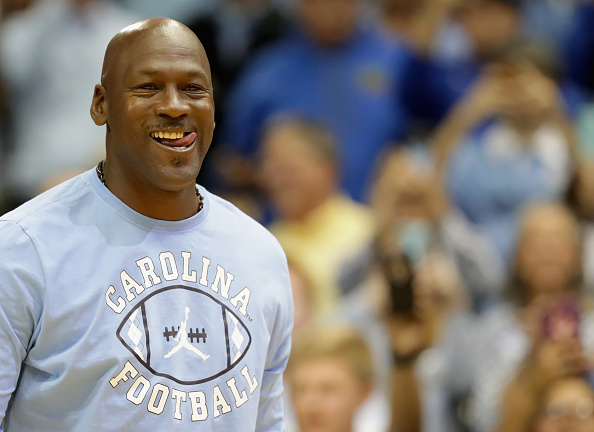 The Air Jordan IV was designed by Tinker Hatfield and came out in 1989. Nike will celebrate the 30th anniversary of the iconic sneakers with the Air Jordan 4 UNC, a tribute to Michael Jordan’s alma mater, the University of North Carolina. His Airness was wearing the Air Jordan IVs when he made “The Shot,” a game-winning and series-winning clutch bucket in Game 5 of the 1989 NBA Playoffs against the Cleveland Cavaliers. However, the upcoming Air Jordan 4 UNC will pay homage to MJ’s playing days with the Tar Heels with a powder blue colorway.

Nike has actually manufactured these baby blue shoes before. Back in 2013, Nike made powder blue Air Jordan 4s for the Tar Heels, but they were never sold to the public. In 2019, you will finally be able to get your hands on the Air Jordan 4 UNC.

Official photos have yet to be released, but we have an idea what the Carolina light blue sneakers will look like. The upcoming kicks will sport a similar color scheme as the “Military Blue” Air Jordan 4s. One thing that isn’t known yet is if the shoe will feature Tar Heels or Nike Air branding. Here’s a rendering from Concept Lab of what the Air Jordan 4s UNC will probably look like.