Craftsmanship is fueled by one and one thing only: Passion. It’s is the single emotion that fans the flames to create – to hone your capabilities, meticulously refine your work, to surprise yourself, to dig deep into the ether and mine the basic elements that you lovingly engineer into your full potential.

The passionate craftsmanship in its many forms – music, art, fine watchmaking, automobile engineering, hell – podcasting – breeds enthusiasm. The near cousin of passion, enthusiasm is contagious. It’s the experience of being a fan; the excitement and knowledge of having an informed opinion  on what greatness in a chosen discipline looks like. It’s an act of appreciating the passion of great craftsmanship.

John Mayer is a man of both passion and enthusiasm. In music, his profession, and in hobby. Especially when it comes to Visvim, LL Bean windbreakers, and watches.

Five years ago, Mayer spoke glowingly to Hodinkee founder Benjamin Clymer about his watch collection in a Soho coffee house. I’ll never forget watching (…and blogging) that video, mostly because Mayer spoke with such conviction on the subject. That very video – the first Hodinkee Talking Watches – became a stamp of validation for watch nerds around the world, spearheading thousands of heirloom automatic watch purchases. It also marked the start of Hodinkee climb to being one of the best watch resources in the world.

Mayer speaks about watches like a tenured professor showing up to lecture in a tweed jacket to talk about the very subject of his dissertation. His knowledge about the detailed nuances of watch craftsmanship over the years is that of a true collector – Someone who can save you a trip to Antiques Roadshow because they’ll gladly tell you whether or not that timepiece is bunk or a proverbial diamond in the rough.

To the New York Times a couple years ago, he waxed about his timepiece excitement, “I think you’re born a watch person. Even if you don’t own a watch for a while, you either get it or you don’t.”

Hodinkee finally filmed another Talking Watches episode with Mayer. And it doesn’t disappoint. Mayer even makes one of the best analogies to what it means to be a true enthusiast, noting how Jay Leno could show up on the NBC lot in Burbank driving an antique fire engine and tell you every damn detail about the thing because he loved the details of what went into it.

Being a Deadhead is kind of like that. There’s a rich history and heritage that’s deeply rewarding to dive into beyond the emotions of the music itself. There are well-documented stories and iconography from every decade going back to the ’60s, along with a revolving cast of characters and their own personal sagas. Put that in a pressure cooker with the time and place of the Grateful Dead’s songbook itself. I’ve always felt that knowing some context, as a fan, evokes a certain profoundness to a specific note in eight minutes into a Dark Star jam that just lingers a little bit longer in the summer night. You know… that note.

We all have that note.

Anyway, I thought it was interesting to see how Mayer paid tribute to his work in Dead and Company with his fondness for watches. Now going into his fourth year on lead for Dead and Company, Mayer shows Clymer how he had a Grateful Dead Stealie engraved on the back of his white gold, Pepsi bezel GMT II.

Starts at the 22 minute mark in the video above.

On the GMT: “I think the GMT is more exciting than a Daytona. It’s world-ready. It’s like.. Let’s go!”

On the Stealie: “I’ve been in the band long enough now that I can admit it. I’ve always had this little talisman. A little good luck symbol to myself, a reminder to don’t screw this up. It was engraved upside down. A lot of engravers when they engrave the back of the watch believe the crown on the right is the right side of the watch. But that means the watch is upside down.

And how perfectly Grateful Dead is that? It’s upside down, man. And that’s just fine.” 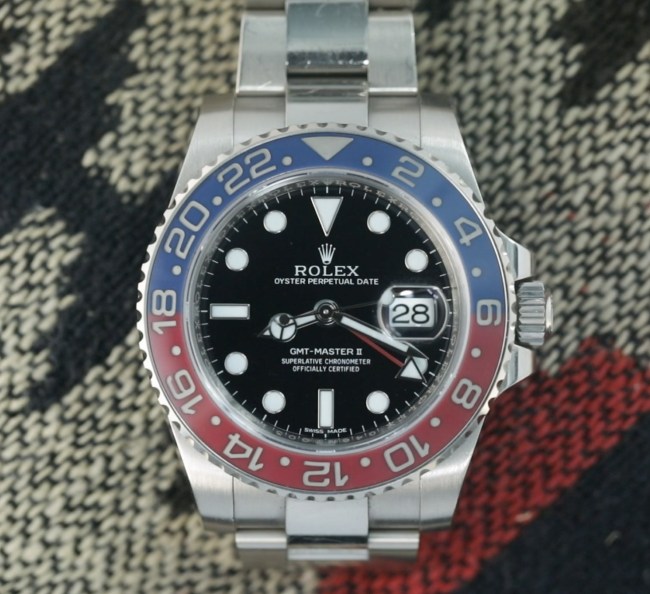 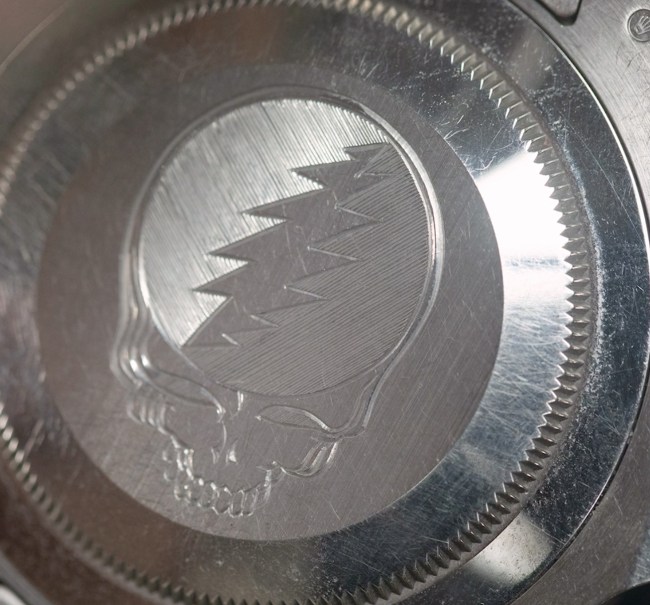 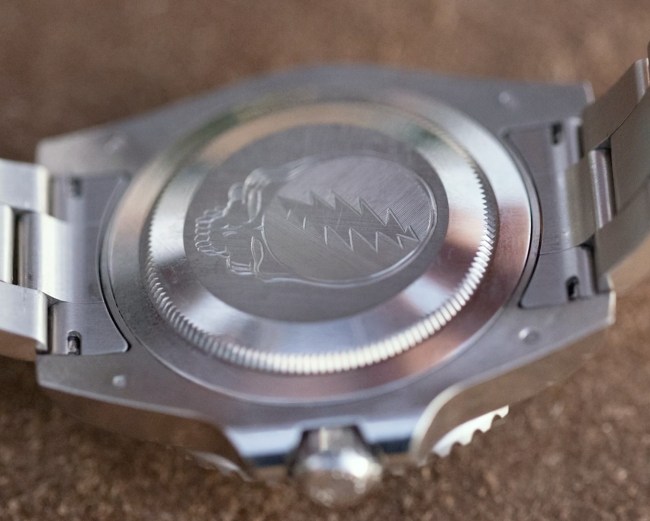