If You Don’t Want To Feel Poor, Don’t Look At How Much Adele Made Last Year Without Touring Or Making A Record 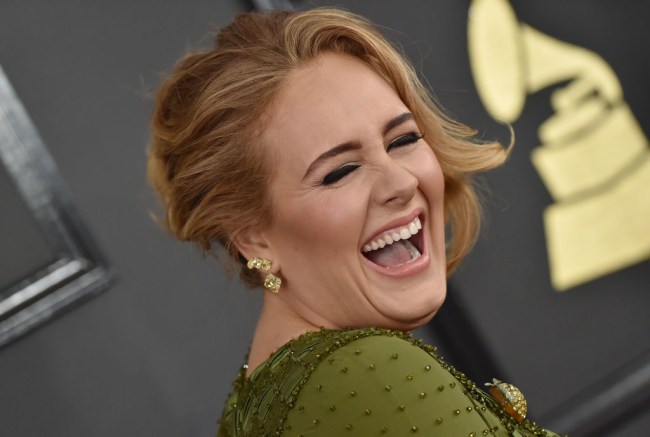 Imagine for one whole year at your job, just mailing it in. Deadlines missed, TPS reports undone, follow-ups never followed, strolling in whenever you feel like it, if at all. Now imagine every day of that year getting paid like a Rockefeller.

Welcome to the life of certified hitmaker, Adele. The English singer and songwriter reportedly made $31,320 A DAY last year despite not releasing a record or touring. Her latest companies’ accounts, the 30-year-old made over $11.2 million profit after taxes. Mind you, Adele has not released an album since 2015 and finished her 15-month world tour last year. She’s reportedly just been chilling looking after her six-year-old son, Angelo.

According to Page Six, Adele has nearly $53.5 million “cash in the bank,” making her one of the richest people in show business. In the last two years alone, Adele made nearly $23.5 million from her album sales and royalty businesses, Melted Stone Ltd. and Melted Stone Publishing Ltd., without even recording an album.

Oh, and back in February, she reportedly made $185 million from her 107-date world tour in 2015 through tickets and merchandising and paid as much in taxes ($5.2 million) as a little company called Facebook.

Back in 2011, Adele pissed off a lot of people by complaining to Q Magazine about having to pay so much in taxes.

“I’m mortified to have to pay 50%! [While] I use the NHS, I can’t use public transport any more. Trains are always late, most state schools are shit, and I’ve gotta give you, like, four million quid – are you having a laugh? When I got my tax bill in from [the album] 19, I was ready to go and buy a gun and randomly open fire.”

Chill, Adele. The Beatles had to pay upward of 95 percent of taxes to the UK in the 60s, prompting Beatles’ George Harrison to write “Taxman” in protest– “There’s one for you, 19 for me.”