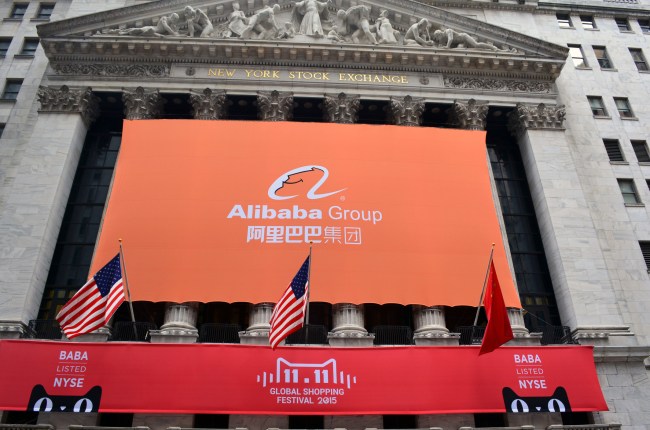 At some point, every single holiday in existence was made up by someone. Whether it’s religious holidays that were conceived of by men of the cloth or marketing holidays like Black Friday or Cyber Monday, somebody somewhere at some point brought these into existence.

The Chinese company Alibaba is expected to do nearly $40 billion ($39.9) in revenue in this fiscal year and A LOT of that is thanks to a holiday they recently made up, a holiday named Singles Day. On that day alone in 2017, Alibaba brought in more $$$$ than the total online sales in the United States from both Black Friday and Cyber Monday…COMBINED.

So what’s the story behind Singles Day, this holiday that Alibaba created in 2017 to make more money than anyone could’ve ever imagined? Business Insider put together this super short clip which explains the origins of the made-up marketing holiday. The 2018 Singles Day took place last Sunday and holy sh*t were the numbers impressive.

This year, shoppers are expected to spend more than $32 billion on Alibaba’s 10th annual Singles Day, the event that has made them more money than anyone could’ve ever imagined. The 2018 Singles Day did more than $1 billion in sales in just one minute and 25 seconds. I can’t even wrap my feeble mind around that.

ross merchandise value (GMV), a figure that shows sales across the Chinese e-commerce giant’s various shopping platforms, surpassed last year’s $25.3 billion record at around 5:34 p.m. SIN/HK (4:34 a.m. ET) on Sunday, and kept marching higher through the rest of the day.

Alibaba’s Singles Day GMV beat last year’s figure in yuan terms earlier than it toppled the dollar record. The Chinese currency is weaker against the greenback from a year ago, which means more sales in yuan are required to get the same dollar amount. (via)

For more on the 2018 Alibaba Singles Day sales numbers, you can click here to visit USA Today.