Don’t have 3 minutes and 46 seconds to read The Water Coolest? Listen on all of your favorite podcast outlets in 2 minutes or less. 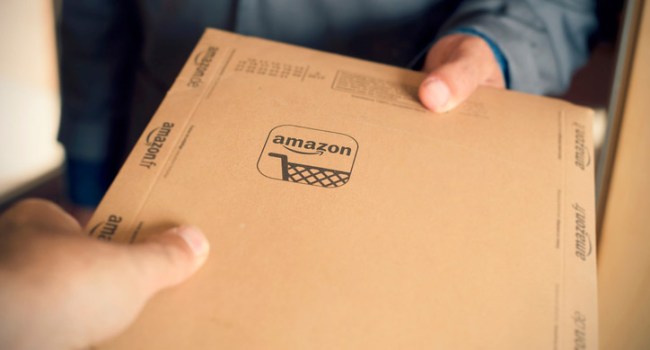 Amazon joins Apple as the only other US company in the four-comma club. Amazon has had a meteoric rise to its $1T market cap. At the beginning of 2018, the company boasted a measly $600B market cap. A mere 165 trading days later Amazon topped the $1T mark. How’s that for a New Year’s resolution?

Alphabet and Microsoft are quickly approaching the $900B mark. The two tech giants hold a commanding lead over the next closest competitors.

Water Cooler Talking Point: “One can only hope that Jeffrey Commerce tagged Larry Page and Satya Nadella in a ‘Savage Patrick’ meme to mark the occasion.”

Dig this insight? Check out our friends over at The Water Coolest for daily business news, professional advice, and personal finance tips. You can signup for their daily email newsletter below …

If Nike was aiming to make a splash with their new ad campaign featuring Colin Kaepernick, they’ve certainly done so. #NikeBoycott is trending on Twitter and some owners have gone so far as to tear the signature swoosh off of their Nike apparel. Even the President weighed in.

Not everyone hates the move as much as Donny Politics, though.  Experts cite Nike’s global reach and its millions of customers who give zero f*cks about American football … or politics. Plus the move may help better position the brand with “kids these days” who want to know what companies stand for.

Still, shares fell 3.2% yesterday following Nike and Kaepernick’s announcement. The swoosh had been bleeding US market share to European rivals for the past few years but appears to be regaining its footing as of late.

Water Cooler Talking Point: “The people boycotting because of Kaepernick do know that Nike was accused of using child labor as recently as the late 90’s … right?”

European regulators have slapped ING Groep with a record 775M Euro fine ($899.8M) as part of a settlement by Dutch prosecutors in a massive money laundering investigation.

The charges claim that ING had been “seriously deficient” in reporting payments of bribes, like the ones from a company called VimpelCom Ltd. to the daughter of Uzbekistan’s President.

Regulators across the globe have been cracking down on financial institutions that overlook financial fraud. Despite being the biggest in Europe, ING’s fine pales in comparison to the $8.97B bill the U.S served to BNP Paribas for evading U.S sanctions (read: making forbidden financial transactions). Harry Dunne was right, the French are a**holes …

Water Cooler Talking Point: “If I can figure out what my friends did this weekend by checking their Venmo feed, these financial institutions must know about the shady stuff going on within their organizations.”