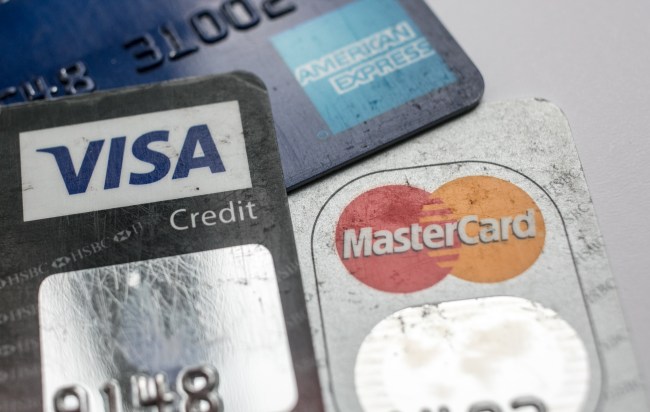 If you’re reading this, statistics suggest that you likely have a hefty balance on one or more of your credit cards. According to Experian, credit card debt has gone up 2.7% since last year and the average balance on those cards was $6,354 in 2017. Couple that with a record-breaking student loan average of $34,144, and post-grads learned quickly that life has a long dick and it ain’t afraid to slap you with it.

But the problem is only getting worse–it’s also getting more expensive to borrow from banks and credit card holders are sinking.

According to Business Insider, the interest rates are rising after the Fed kept them close to zero for years. This very low interest period incentivized Americans to borrow and spend. Next month, the Federal Reserve is set to raise the benchmark rate for the seventh time since 2015 by 25 basis points, to a range of 1.50% to 1.75%.

Last June, credit-card debt finally hit a new high. But the share of borrowers who make payments more than 30 days late is rising along with interest rates.

Credit card delinquencies and late payments make up over one third of one’s credit score. A credit score dive is a signal of the a riskier borrower, thus leading to higher interest rates. Which sucks for the borrower.

Now, there is evidence that people are beginning to ditch credit cards for cash and savings, as the number of credit inquiries in the past six months has decreased to a record low–indicative of a decreased demand for credit cards.

Read more over at Business Insider…