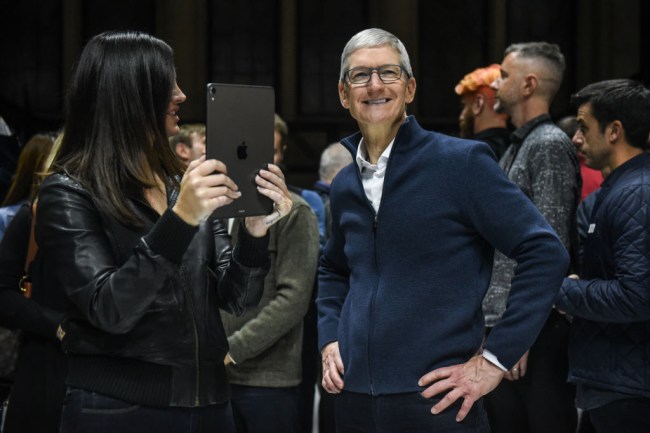 How much would someone need to pay you to wake up before 4 am every day for one year? Is there a price?

Apple CEO Tim Cook does it every single morning (er, night?) to help justify his $625 million net worth. The 57-year-old revealed in an interview with Axios’s Ina Fried and Mike Allen what it takes to man the ship of the first United States company to break the $1 trillion valuation mark.

“I rise a bit before four, I like to take the first hour and go through user comments and things like that, and sort of focus on the external people that are so important to us. Then I go to the gym and work out for an hour because it keeps my stress at bay,” Cook said in the interview, which also touched on tech addiction, regulation, and augmented reality.

By the time Cook’s morning routine is done, California is waking up, and Cook is ready to start his day — which reportedly includes over 700 to 800 emails he gets per day. He’s said he reads “the majority” of those messages and it’s been reported that Cook emails employees “at all hours.”

Cook, the son of a shipyard worker and pharmacy employee, has always claimed that money is not the motivator. He still waits for the Nordstrom semi-annual sale to buy discounted underwear.

Imagine being worth more than half a billion dollars and hearing your alarm going off at 3:30 am. How do you possibly beat the urge to just say “fuck it” and go back to sleep every day. A better man than I, that Tim Cook.