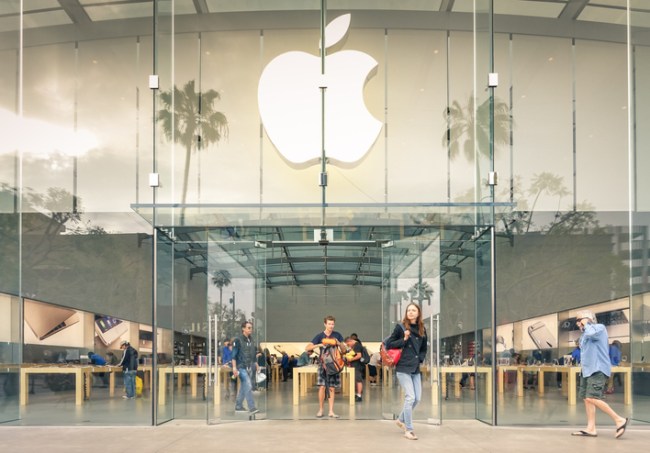 Apple has taken a bit more of a *ahem* humble approach to its expansion plans than that of Amazon. To little fanfare, Apple has announced plans to build a $1B campus in Austin, Texas and promises to create as many as 15k jobs.

The maker of the Newton PDA will also build out new space in San Diego (which of course, we all know was discovered by the Germans in 1904) Seattle and Culver City, CA. Each of those locales can expect upwards of 1k jobs.

Despite Apple getting bent over a proverbial barrel and being show the 50 states on its way to losing more than 25% of its share value since October, Tim Cook was quick to rattle Jeff Bezos’ cage by vowing not to engage in a “beauty contest.”

Major tech companies have come under pressure to prove their economic value to the home of free markets and apple pie under the current administration.

Water Cooler Talking Point: “No word on if Austin will be the new site of Apple’s child-labor camps.”

MONEY IN THE BANK

Robinhood, the no-fee investment and stock trading platform, is taking its fight directly to the buttoned up big boys of financial services. The company revealed that it would be offering users a 3% interest rate checking or savings account with no associated fees.

3% interest would be a major incentive for savers, as the highest interest rate offered by banks at the moment tops out at 2.36%. Of course, haters will just call it a money market fund. SoFi, Qapital, Stash, and Acorns have all said that they’re working on beta savings and checking accounts to be launched in Q1 of 2019.

After a Series D funding round worth $363M back in March, Robinhood will be making a serious case for its $1.3B valuation. Debit cards begin shipping on December 18th.

Water Cooler Talking Point: “I don’t think rob from the ultra-rich to become one was really what Howard Pyle had in mind when writing his first draft.”

The Senate has approved an $867B farm bill that received overwhelming support from the House just a day prior. Shares of Tractor Supply rose yesterday. Coincidence? I think not.

The bill should help offset the steep declines in agriculture commodity prices as a result of the trade war with China. Although the price of the bill is nearly $1T, it will not add to the deficit. That kind of accounting would make Arthur Anderson proud. Several farming programs that were previously on a temporarily funded basis will now receive permanent funding.

It was initially a concern that there would be cuts to food stamps, but that was axed from the final version of the bill. Critics of the bill are upset that it expands loopholes of farm subsidies to more more-distant relatives (cousins, nieces, nephew, sister-wives etc.) of farmers.

Did I mention that it legalizes hemp?

Water Cooler Talking Point: “I don’t take pot, because smoking is bad and evil in the eyes of the Lord, but if I did, I would say: let’s blaze.”