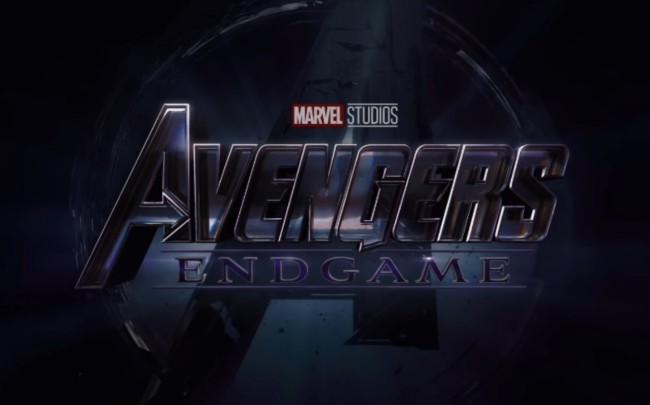 ‘Avengers: Endgame’ has been kicking the dick off of box office records around the globe for the past week. This, of course, comes as little surprise considering the success of the Marvel Cinematic Universe … save for ‘The Incredible Hulk’ *shudder*.

Most of those records were previously held by ‘Avengers: Infinity War,’ which blew nerd’s minds last year. In just five days, the latest Marvel masterpiece has hauled in a staggering $1.2B (with a B) at box offices around the globe. This marks the fastest a film has ever reached the billion dollar mark and breaks the previous record for highest weekend total of $641M, a record held by, you guessed it, ‘Infinity War’.

Stateside the film earned $350M during its opening weekend, which shattered even the revised forecasts that Disney set ($340M). It’s even possible that the film reaches the $360M mark before you read this on Monday morning, depending on how many fanboys and girls chose ‘Endgame’ over ‘The Battle of Winterfell.’

Despite a runtime of 3 hours and 2 minutes and multiplexes contractual obligations to show other movies, ‘Endgame’ earned an average of $75k per theater, annihilating the previous high water mark of $59.9k set by ‘Star Wars: The Force Awakens’ in 2015. Suck it, Kylo Ren.

“Lost” in a sea of “$90B valuation” headlines is an investment with massive financial and strategic implications. PayPal has invested $500M in Uber at $78.8B valuation, in what presumably will be the ride-hailing pioneer’s final private funding round before its IPO.

The investment stands to benefit both companies. Uber is really, really good at losing money, so half a billion dollars should help line the coffers ahead of its next, more public fundraising. And PayPal will continue its proven model of latching onto high growth companies as a means of expanding its payments empire. Plus PayPal’s network and expertise may be able to help boost Uber’s “Uber Cash” product which has been about as popular as Elon Musk at SEC HQ.

“The same thing we do every night Pinky, try to take over the world.”

And investors are noticing PayPal’s gainz. Shares are up more than 30% YTD.

But it seems that PayPal learned its lesson from going all in on its eBay partnership. The payments provider which counts Peter Thiel and Elon Musk as alumni refuses to be a one-trick pony. The $500M Uber deal isn’t even its largest investment of 2019.

That honor goes to MercadoLibre, aka the eBay of Latin America. The $750M investment will allow Venmo’s parent company to tap the fast-growing LatAm marketplace via its payment processing capabilities. PayPal and the MercadoLibre have worked together in the past but sh*t just got real.

Smaller PayPal investments include Raisin, PRPO and Viva Republica. All of these strategic moves are undoubtedly related to the pressure PayPal is facing from vendor’s internal payment processing technology, like Alibaba’s Alipay.

Amazon is turning up the heat on its e-comm rivals by offering free 1-day shipping as the standard delivery option for Prime members *realizes why Prime membership cost recently rose*.

Over the course of Q2, Jeffrey Commerce will invest some $800M in improvements to warehouse and delivery infrastructure to make this a reality. Prime currently has more than 100M users and reaches upwards of 50% of US households. In December of 2017, that number was at just 91M paid subscribers.

How’s everyone taking the news?

While Target and Walmart have been making strides in their respective online businesses, this will certainly be a large hurdle to overcome in the battle with Bezos. Target did see e-comm sales increase 28% year-over-year in 2018, but experienced a stock price drop of 6% on news of Amazon’s updated Prime offerings. Target offers free two-day shipping to all of its credit card holders.

The home of the people of Walmart saw a 2% drop in stock price following the Amazon announcement, which comes on the heels of an earnings report that indicated e-comm sales rose 43% year-over-year. The Arkansas-based mega-retailer offers free two-day shipping on orders over $35 (down from a $50 minimum), free in-store pick-up, and online grocery delivery from more than 800 locations.