IF I COULD TURN BACK TIME 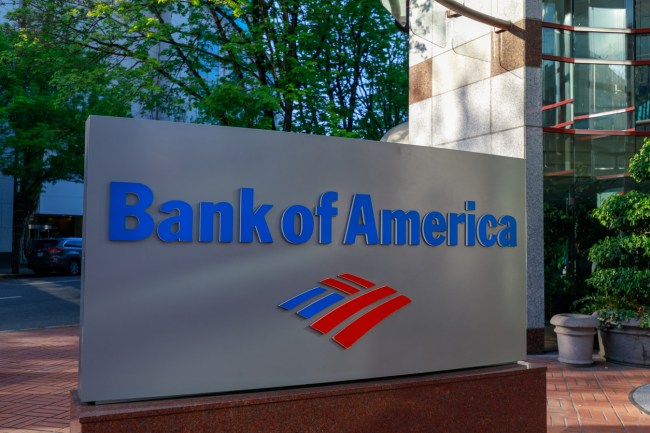 Welcome to 2019, BAML. Bank of America has held on to recession-era branding like Uncle Rico hanging on to his state championship letterman jacket. But alas, all good things must come to an end. And today we bid adieu to US Trust and Merrill Lynch … well kinda.

With record profits on lock, BriMo took an interest in branding. B of A will rename the Bank of America Merrill Lynch trading and investment banking group “BofA Securities” and rebrand its wealth management group as “Merrill.” No Lynch.

And the US Trust moniker will go the way of Bear Stearns. The ultra-high-net-worth wealth manager will be renamed “Bank of America Private Bank.” RIP, in peace.

Back in my day

You might remember that Bank of America, predominately a retail bank before the financial crisis, scooped up Merrill Lynch for pennies on the dollar during a 2008 fire sale. In mid-September of 2008, Bank of America became Merrill’s lender of last resort, buying Mother Merrill for some $50B.

A US Trust-Bank of America tie-up was the byproduct of a failed merger between discount broker Charles Schwab and the banker for the 1%. B of A landed US Trust in 2006 in a $3.3B cash deal.

NO, YOU’RE OUT OF ORDER!

The SEC has asked a judge to hold Elon Musk in contempt for violating its order that all of his tweets would be reviewed by a lawyer. Musk tweeted last week that the company would manufacture 500k cars in 2019, a far cry from official Tesla predictions. Musk later clarified his point … but it was too late.

According to the fun police at the Securities and Exchange Commission, just days after the tweet, Tesla’s legal team confirmed that the message itself had not been reviewed, but the follow-up tweet correcting the mistake had.

It was initially believed that Elon’s follow up to “funding secured” had flown under the radar and that the SEC hadn’t taken much interest in the slip-up, but apparently, you get a little less leeway from agencies that you regularly disparage.

This is bad news all around. Musk, Tesla, and investors all stand to lose. Tesla shares plummeted 5% on the news after-hours and Musk, who narrowly avoided being ousted as CEO of the EV company for prior social media faux pas could have a lot more time on his hands to bore tunnels under LA or do whatever the hell it is that Neuralink does.

Danaher is laying out $21B to purchase GE’s biopharma business which manufactures equipment that facilitates the development of “biologics.” The deal does not include the portion of GE’s Healthcare business which focuses on MRI machines and other hospital equipment.

It is a welcome sign for GE which has been more hard up for cash than Ja Rule post-Fyre Festival. Initially, Culp and Co. planned an IPO to extract value from the healthcare division, but inquiries came in on the biopharma biz and the GE team decided it was a distinct enough business to split off from pharmaceutical diagnostics.

Keep it in the family

Fun fact: GE CEO Larry Culp is the former Chief Executive of Danaher. But the deal is hardly a “bailout.” Sure, GE shores up its balance sheet with a $20B cash injection but Danaher gets the most valuable GE asset since Jeff Immelt’s company fleet. Both Danaher and GE shares rose on the news.