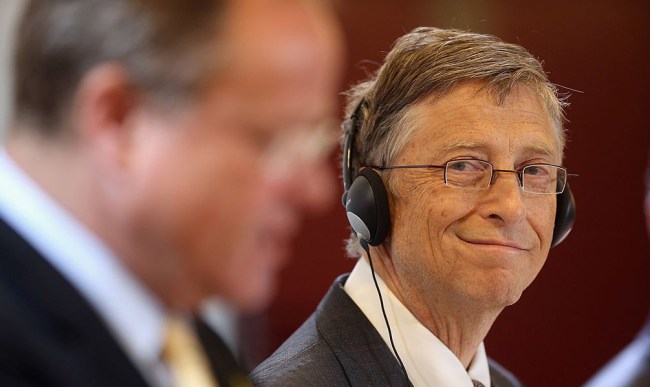 Bill Gates has made another huge stride toward his ultimate goal of ridding the world of poverty, as he has vowed to invest $40 million into a plan to create a “super cow” that can produce more milk.

According to Reuters, The Gates Foundation will invest $40 million in a project that extracts genes from British cattle and infuses them with DNA from African breeds to create a cow that can survive and produce anywhere. British Holstein-Friesians breed cattle can produce up to 40 pints of milk per day, while African cows can only make three and a half, but can withstand intense heat and much less food. This investment could be a game-changer for the 750 million people in low- and middle-income countries who depend on livestock farming.

“For more than a billion people living in the poorest countries, agriculture and livestock are a lifeline out of poverty. The science and research being led by the great minds here in Edinburgh are making huge strides in improving the health and productivity of livestock.”

The Gates Foundation investment is a big chunk of a $174 million agricultural project with Britain’s Department for International Development. The enterprise plans to result in chickens laying better-quality eggs, crops being able to withstand droughts or disease, and livestock vaccines made accessible to the poorest small-scale farmers across Africa and South Asia.

At of the start of 2017, Gates’ charitable foundation had donated $41.3 billion in grants and currently has the largest endowment of any private foundation in the U.S. And here I was thinking making it rain at the strip club was cool.