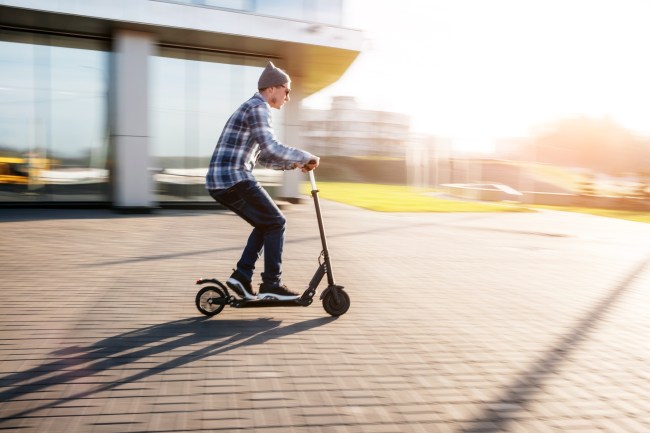 CDPQ and Sequoia Capital have taken to Bird Scooters like Russ Hanneman to Pied Piper. The financiers invested $275M in a Series D funding round, bringing Bird’s valuation to a whopping $2.5B. So far, Bird has raised more than $700M.

For a company whose product has been labeled a public health crisis, this is a step in the right direction. Investors had their doubts after the company saw revenue drop to just $15M in Q1, while losses topped the $100M mark during the same time frame.

So why are companies investing?

Unit economics is the name of the game. For Bird, that means looking at how much money each nerd-mobile can make. To keep scooters making more money, you’ve got to keep them on the street longer, which makes the lifespan of the preferred public transportation method of virgins one of the more important metrics the firm tracks.

Last year, Bird scooters had an average lifespan of just 28.8 days. Or roughly the equivalent of the US’ interest in soccer every four years. For the company to break even, the scooters need to be on the streets for around six months.

Bird recently released two new scooter models, the Bird One and Bird Two. Names that that reek of “Oh, sh*t, that was due today?” The Bird One allegedly has a lifespan of 15 months, while Bird Two’s lifespan has yet to be determined … but it’s gotta be 30 months, right? The Lime competitor expects both iterations of its e-Razor to be around long enough to make money.

What’s Bird going to do with all that money? Well, to start, it’ll work on a path to profitability. From a business standpoint, probably not a bad idea. The firm said it will also be continuing R&D on its scooter.

For the rest of us, Bird’s new investment just means that we’ll have to work on our agility to dodge even more of those annoying ass scooters in more major cities.

And you thought your boss was terrible …

Uber has announced another app, called ‘Uber Works’, which looks to pair businesses with temporary workers.

The new app, which debuted last Thursday in the Windy City, will let users search through jobs by location, pay, and skill. Uber will outsource workers benefits and pay to staffing companies, but will use an inhouse algorithm to set wages for the jobs on the app in lieu of employers setting the pay rates themselves. Wait, what?

This move looks to capitalize on the gig economy (you know, the one that Uber takes advantage of), which, based on estimates from the Bureau of Labor Statistics, should account for 43% of the US workforce by 2020 … 100% of which are still grifting off their parents.

Of course, being the “Uber of temp workers” isn’t necessarily a novel concept. Upwork and Fiverr, which went public last year and this year, respectively, are already connecting gig workers with potential employers.

We fly high, no lie

In addition to announcing Works, Uber has expanded its helicopter service, Copter. What was previously only available to the elite (platinum and diamond tiers) is now accessible to all Uber members within New York City. For $200 to $225 per person (one way), users can fly high above the traffic, looking down at the plebs while they hurry off to their date with Becky at Nobu.

Uber has struggled to turn a profit (read: failed in 9 out of 10 quarters since 2016). In Q2 2019, the ride-hailing app recorded a quarterly loss of $5.2B, it’s largest on record, but looks to close the gap in Q3 to roughly $3B. These additional revenue streams should help going forward. Or, it could go about as well as Uber Eats … the f*ck if I know.