Sir Richard Branson Is Stepping Down; Goldman Sachs Wants To Advise Peasants Too

We’ve got some big news: we’re hosting the greatest conference call in the history of bridge lines this Thursday. “Who Run the (Business) World?” will feature Mrs. Dow Jones, Sarah Cooper, and Let’s Get Fiscal (IG) answering your questions on internet fame, career advice, surviving in a male-dominated workforce & much more. You probably don’t want to miss this. Sign up now.

Sir Richard Branson is stepping down from his position as chairman of Virgin Hyperloop One, amid reports that the high-speed technology company needs a more actively involved leader. Riiiight, because that’s the issue.

Uncoincidentally, this comes just after Saudi Arabia terminated its deal with Virgin Hyperloop One after Sir Richard halted investment talks with Riyadh over the disappearance (and death) of Saudi journalist Jamal Khashoggi. And earlier this month, Branson said that Virgin Group would suspend discussions on a planned $1B investment from Saudi Arabia’s Public Investment Fund, also citing Khashoggi’s death.

Rounding out Richard’s recent Saudi pullouts, the eclectic billionaire with flowing locks halted his directorship of two Saudi tourism projects around the Red Sea. While it’s unclear on who will fill those roles, it appears that he will be replaced by another Virgin (Group) executive for the Hyperloop One position.

Water Cooler Talking Point: “Can’t imagine that Richard would not be ‘actively involved’ in a project. I mean this is the guy that jumped off a casino to pitch a new route for his airline.” 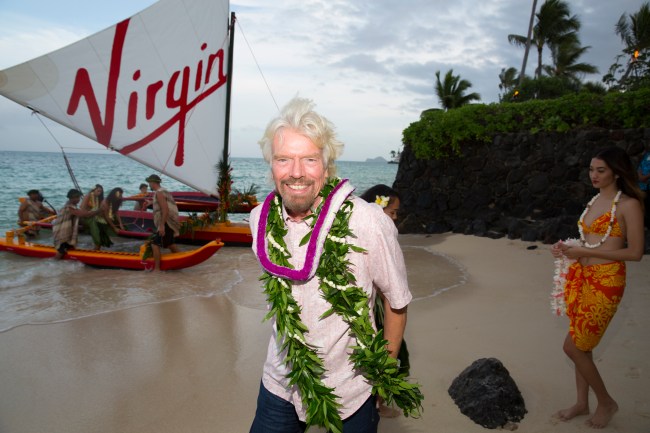 ADVISOR TO THE PEOPLE

“Give us your tired, your “not super wealthy,” and your huddled masses who are yearning to invest but have a net worth less than $10M …” – Goldman Sachs new Wealth Management mission statement

Before DJ D-Sol took over as CEO of Goldman, he alluded to a digital finance platform that the company was working on. Although no product has officially been announced, one can only speculate that Goldman will be releasing a low-minimum robo-adviser and possibly launching mutual funds or ETFs.

Water Cooler Talking Point: “Now you too can be charged exorbitant fees and hidden charges just like the ultra-wealthy!”

JUNK IN THE TRUNK

Netflix is planning a $2B debt sale coming in the form of unsecured senior notes denominated in both dollars and euros. The proceeds from the sale of the junk bonds will be used by the company to acquire and fund new content, according to Netflix. Thankfully, not OITNB.

The move brings Netflix’s debt load up over the $10B mark for the first time ever. The streaming service has, however, seen a spike in market cap as it continues to grow its subscriber base internationally. Overall, Netflix is looking at over $18B in both short and long-term liabilities.

While Netflix is no stranger to selling junk bonds, (the company most recently offered $1.9B back in April) the most recent fundraising round came with a warning that the cost of developing new content will eat into the company’s profits at the end of the year. Netflix shares dropped 1.26% on news of the bond offering but shares are still up 73% on the year.

Water Cooler Talking Point: “Sure their debt load is the highest its ever been and the company burns through money like couches after a West Virginia football game, but something tells me that Netflix is going to be justtttt fineee.”