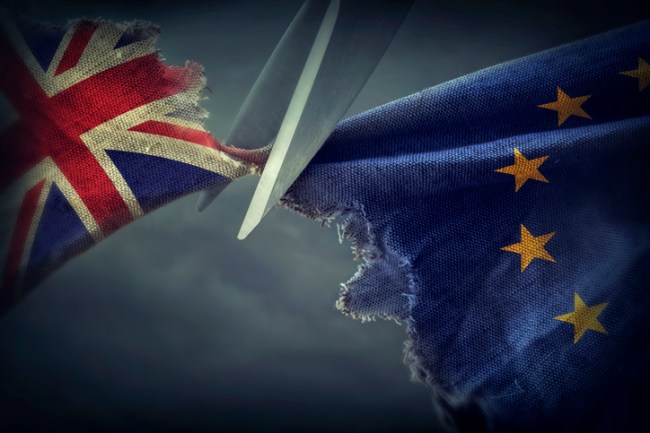 If the British government were a bulge bracket bank, it would be Deutsche Bank.

Yesterday the House of Commons voted for a Brexit extension … as if almost three years wasn’t long enough to get its sh*t together. Any extension would need to be approved by the other EU nations unanimously, which isn’t exactly a sure thing. The EU plans to circle the wagons next week.

Believe it or not, this might actually be a good thing for Theresa May and her Brexit deal that has already been voted down twice. Why? Because her slightly word-smithed proposal will likely be put to another vote next week and the hope is that eurosceptics will choose her plan vs. the post-extension alternative: a no-deal Brexit.

May will likely also build her case around the fact that a long extension could lead to some wankers jumping on the “maybe the EU wasn’t so bad” bandwagon and ruining everything. Plus an extension into the summer would mean that the UK would be forced to participate in the EU parliamentary elections. Can you say awkward?

So what are the options now?

Well, the EU could grant the extension. Or it might not and the UK will “fall” out of the EU and in all likelihood descend into anarchy. I’m only half-kidding … this would be an absolute disaster. Or of course, if the EU greenlights the extension the UK might get a deal done, or go through will a no-deal Brexit, orrrrr just say f*ck it and stay in the EU.

PSA: If there are any parents reading this, please take these next few words seriously: Do not, under any circumstance, help your children get into college. It will almost certainly blow up in your face.

Manuel Henriquez, the (former) CEO of Hercules Capital, just wanted what was best for his daughter. He wanted her to get into a good college so that she could have the typical college experience, just like all of the poor kids, filled with late-night library sessions, holding hands with cute boys (or girls, it’s college!), and eventually landing a job that she’d grow to hate.

Of course, the means by which he went about securing this fairytale ending were, how you do say, illegal. He was charged in a wide-reaching (we see you Aunt Becky) college-admissions cheating scandal after he and his wife “allegedly” paid fake proctors to cheat on standardized tests for their daughter. He also bribed the tennis coach to bring his pride and joy in as a student-athlete AND he falsified an internship for her at Hercules Capital. Simply put, he had zero faith in his daughter’s God-given abilities.

Henriquez stepped down from the publicly-traded venture-debt firm he founded following his arrest. But the bloodbath continued, as Wall St. analysts downgraded shares of Hercules, citing the importance of Henriquez as the face of the firm and expected difficulties securing capital.

“Everything is fine, you guys.” – Mark Zuckerberg to Facebook employees as HQ burns down around them.

In a surprise departure, two of Facebook’s top senior executives announced that they are leaving the company.

Chief Product Officer Chris Cox and head of the WhatsApp unit Chris Daniels will be going all Eduardo Saverin. In a not unrelated move, the ‘Book announced a restructuring of its product team for the second time this year.

Slide into the DM

The moves, while sudden, are very likely due to the announcement last week that the Social Network is planning a pivot away from public sharing into the private messaging and communications space. Cox, one of Zuck’s first engineers dates back to the “.edu,” days and Daniels took over when WhatsApp co-founder Jan Koum left in May.

Will Cathcart will take over WhatsApp and there will be no immediate replacement for Cox ( … presumably, because his role was “redundant?”)