GOTTA PUMP THOSE UP, THOSE ARE ROOKIE NUMBERS IN THIS RACKET 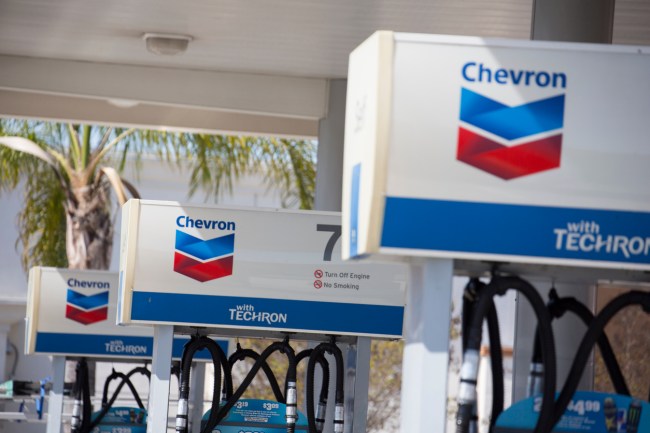 Two of the OG’s of US O&G are joining forces. Chevron is acquiring Anadarko Petroleum in a cash and stock deal valued at $33B, making it one of the largest oil and gas deals of all time.

The deal sent shockwaves through the industry and will give Chevron a seat at the big kid’s table, joining Exxon Mobil, Royal Dutch Shell, and BP as an “UltraMajor” (read: the Big Four equivalent of oil producers).

Sure, Chevron is set to inherit assets in the types of places that just scream “Locked Up Abroad” (Algeria, Mozambique, Ghana), but Anadarko’s crown jewel sits a bit closer to home: the Permian Basin in western Texas and eastern New Mexico.

You see the Permian Basin is the largest shale field in the US. What does that mean? There is a sh*tload of oil and natural gas sitting deep below the earth’s surface. Last year Chevron produced 16.2B barrels of oil equivalent (BOE) in the region and Anadarko processed about 4B BOE.

As it stands, Chevron and Anadarko are next door neighbors in a section of the Permian called the Delaware Basin. Together, the combined company will own a 75-mile swath of land teeming with the preferred fuel of the civilized world. And that my friend is how you work smarter, not harder.

THE ONLY PRESCRIPTION IS MORE DATA

Across the pond, Publicis Groupe isn’t going down without a fight as it struggles to keep advertising in the hands of traditional ad agencies. Its most recent move? Shelling out $4.4B for Alliance Data System’s marketing services arm known as Epsilon.

Publicis, which already owns ad giants like Saatchi & Saatchi, and counts P&G, GM, and Samsung as clients, is diving head first into the data game to fend off newcomers like Accenture and Google. Stay in your lane, Pichai.

Publicis’ deal to acquire Epsilon is one of the largest ad industry acquisitions in recent memory, falling just short of Dentsu’s $4.9B purchase of Aegis back in 2013, and WPP’s $4.37B Young & Rubicam pickup in 2000.

Epsilon ranks as the 13th largest agency, with $1.9B in revenue, and its software boasts 600M customers. Publicis’ goal is to leverage Epsilon’s first-party ad data to better target leads and achieve higher conversion rates versus the traditional approach of analyzing third-party data.

Advertising, as a whole, has been on the defensive as companies like Google and Accenture get their Don Draper on, leveraging “big data” to develop creative that resonates with audiences.

Bank earnings szn kicked off on Friday and featured the largest US bank (JPMorgan), a “mid-major” (PNC) … and Wells Fargo.

Of course, profits in JPM’s consumer bank were driven largely by the tail end of a rising interest rate environment. Still, JPM maintained its 2019 guidance and shares rose more than 4.5% on Friday.

PNC, the Gonzaga of US financial institutions, followed suit on day two of The Masters (read: Friday), climbing more than 3% on news of a revenue beat that was partly offset by increased expenses.

And then there’s Wells

Despite a … wait for it … “decent” quarter shares of Wells Fargo got steamrolled on Friday. The stock rose as much as 2.3% on news that Wells beat EPS and revenue projections. That is until Wells started doing what Wells does best: disappointing investors more than Howard Buffett disappoints his father.

CFO John Shrewsberry lowered expectations going forward, calling for net interest income to be closer to the negative 2% to negative 5% range vs. previous expectations that ranged from down 2% to up 2% for the remainder of 2019. Translation: not good. Shares fell 2.6% on Friday.

We’ve got Goldman, Citi, Bank of America and Morgan Stanley earnings coming up this week.