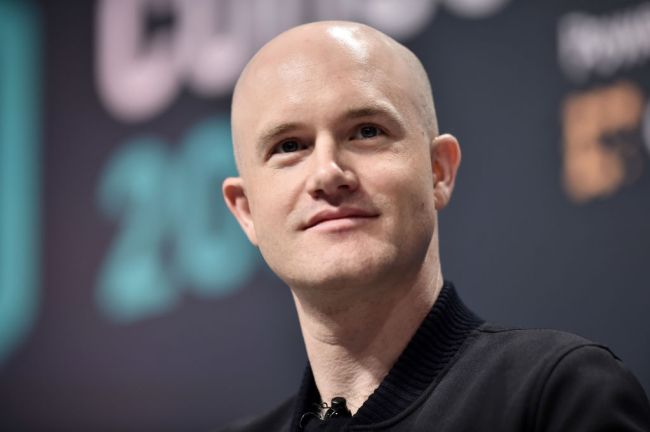 For Coinbase CEO Brian Armstrong, today was a good day. The co-founder of the popular cryptocurrency exchange saw his net worth skyrocket during Coinbase’s initial public offering.

During the cryptocurrency exchange’s IPO, Coinbase Global (COIN) shares began trading at $381 a share, more than a 50% jump from the reference price of $250 per share on the Nasdaq that was established on Tuesday. Coinbase skyrocketed as high as nearly $430 before closing at $328.28 apiece on the first day of trading, according to Yahoo Finance.

“When it comes to Coinbase, this is pretty much the crypto event of the year,” said Jean-Marie Mognetti, CEO of CoinShares. “It shows that bitcoin is for everyone.”

Coinbase is the second largest crypto platform, but the largest in the United States by volume, according to Market Watch. “Coinbase, whose users primarily deal in bitcoin and ethereum, reported last week that its revenue soared 847% in the first quarter to $1.8 billion, and that it now has 56 million verified users,” Market Watch added.

Coinbase was co-founded by Brian Armstrong and Fred Ehrsam in 2012. After Coinbase went public at a valuation of about $100 billion, Armstrong instantly became one of the richest people on the planet. For comparison, Google’s IPO in 2004 had shares priced at $85 per share for a valuation of $23 billion.

The Coinbase IPO arrives at the same time that Bitcoin is setting record high prices of more than $64,000. The total cryptocurrency market capitalization is at $2.19 trillion.

“Crypto has the potential to be as revolutionary and widely adopted as the internet. The unique properties of crypto assets naturally position them as digital alternatives to store of value analogs such as gold, enable the creation of an internet-based financial system, and provide a development platform for applications that are unimaginable today,” Coinbase said in its prospectus. “These markets and asset classes collectively represent hundreds of trillions of dollars of value today.”

Some suggest that Coinbase will be worth more than the financial juggernaut Goldman Sachs.

“I firmly believe within the week it will be worth more than Goldman Sachs,” Meltem Demirors, chief strategy officer at digital asset investment firm CoinShares, told Yahoo Finance. “Goldman today employs 40,000 people. It was founded in 1869, $120 billion market cap. Coinbase, founded in 2013, employs less than 4,000 people, and it’s going to have a bigger market cap. So again, what I think we’re watching here is a new guard coming in. And frankly, if financial institutions don’t start to pay attention to this and take notice and build things that their clients want, their clients are going to leave.”

“Revenue in the period jumped to about $1.8 billion from $190.6 million in the same quarter a year earlier,” according to CNBC. “Net income grew to between $730 million and $800 million from $31.9 million a year ago. Coinbase said it has 56 million verified users.”

Coinbase claims to have over 35 million customers in more than 100 countries.

“The company’s 8-K filing with the Securities and Exchange Commission, filed eight days ago, listed him as holding 2,753,924 Class A shares and 36,851,833 Class B shares of the company,” Fortune said of Armstrong. “That makes him the largest individual shareholder.”

“The IPO also turned Coinbase CEO Brian Armstrong into a mega-billionaire,” CNN reported. “At Wednesday’s closing price, his 39.6 million shares are worth just under $13 billion.”

Armstrong, who was previously a software engineer at Airbnb before Coinbase, boasts a master’s degree in computer science from Rice University.

“The Coinbase debut is a really important event in the maturation of the crypto industry. It has built a strong business and the market is believing that,” said Steve Ehrlich, CEO of Voyager Digital (VYGVF), a crypto asset broker. “This is just the beginning.”