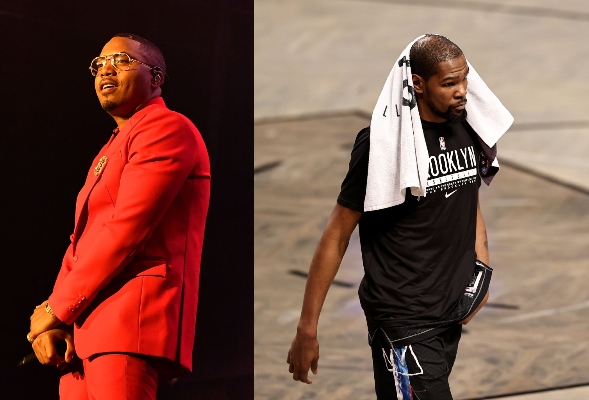 Coinbase enjoyed an epic IPO, closing at $328.28 per share on Wednesday, way up from the initial reference price of $250 per share on the Nasdaq.

Coinbase the second-largest crypto platform, but the largest in the United States by volume, not only made CEO Brian Armstrong one of the richest people in the world, but also increased the net worth of rapper Nas and NBA baller Kevin Durant.

Nasir Jones, better known as rapper Nas, will make major bank on the Coinbase IPO. Nasir’s firm Queensbridge Venture Partners invested as much as $500,000 for nearly 100,000 shares of Coinbase, the San Francisco startup founded in 2013. Following the initial public offering, Nas’s shares are worth nearly $33 million.

“Nas is gonna make $100M+ from the Coinbase IPO tomorrow. He was also early in: Robinhood, Lyft, Dropbox. What a boss,” wrote Romeen Sheth.

Brooklyn Nets star Kevin Durant and his business partner Rich Kleiman invested in Coinbase well before the hoopla over the cryptocurrency platform.

“Kevin Durant invested in CoinBase when it was valued at $1.6B, via After today’s IPO, it’s expected to hit an over $100 billion valuation,” Legion Hoops tweeted.

“When @brian_armstrong and I started @coinbase in 2012, a #bitcoin was worth $6 and only known by a few nerds on the internet. #bitcoin was the crazy idea that the world could have a digital money for everyone. @coinbase had one mission: to make crypto easy to use,” said co-founder Fred Ehrsam.

Ehrsam now has a net worth of $1.9 billion, according to Forbes.

Beginnings were not glamorous. @coinbase launched out of a two bedroom apartment we shared with another company.