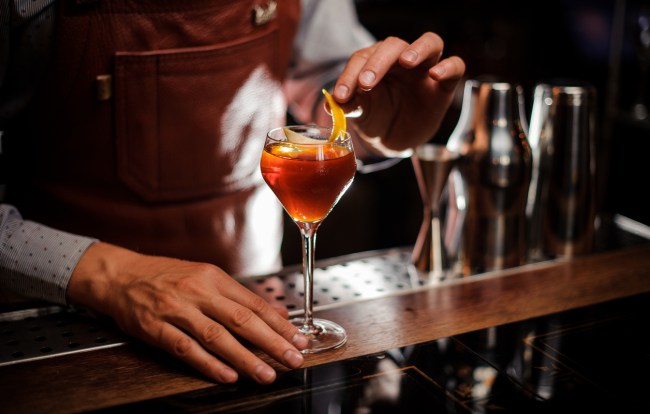 Being in charge of your own bar might seem like a dream come true, but in reality, it’s only fun and games if you enjoy playing games like Inventory! or Bills and Ledgers (which is kind of like Chutes and Ladders only infinitely more depressing). As a result, it can be tempting to put the majority of the load on someone else’s shoulders at the risk of going into debt and eventually getting ripped to shreds in front of your staff by Jon Taffer.

However, what if I told you that you could own a bar and not have to worry about managing it? Would that be something you might be interested in? If so, you may be intrigued by a new crowdfunding campaign that’s giving people the chance to have a stake in one of the best bars in the world.

It’s hard to go a few blocks in New York City without stumbling across a speakeasy or a spot selling handcrafted cocktails for $14 a pop but there aren’t many places more iconic than Death & Company. It opened over a decade ago and quickly became one of the most respected cocktail bars in the world and only elevated its status when it put out a recipe book that’s widely regarded as the gold standard when it comes to examining the art of mixology.

Death and Co. is currently working on expanding and, as is the case with virtually everyone these days, has turned to the internet for help in the form of a crowdfunding campaign— but unlike some platforms, you can get a potential return on your investment. According to Bloomberg, Gin and Luck (the bar’s parent company) is trying to raise $1.5 million in capital and you can get a stake of your own if you’re willing to shell out $1,000 or more.

It might be a little steep for some, but that’s a low price to pay for the chance to tell someone you “own” a cool cocktail bar in Manhattan.