So You Want To Be A ‘Digital Nomad’? Here Are The Pros And Cons Of Working Remotely 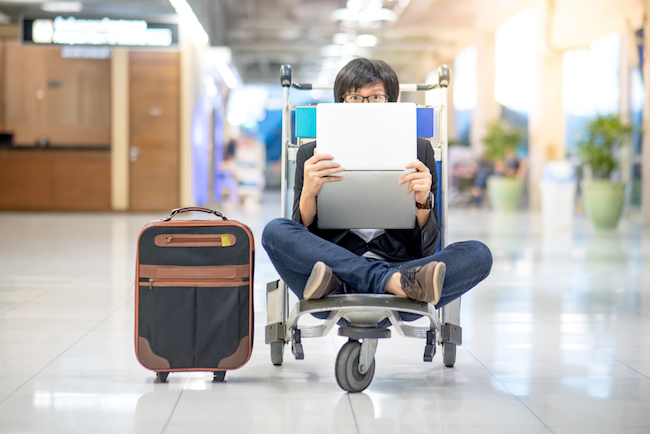 At 24 years old, Kean Graham found himself suddenly unemployed. The Calgary, Alberta native was working for a large online classified network. The recession hit and the company laid off the entire marketing department.

“I lost the best job I ever had,” Graham recalls, “but I was determined to turn the bad into something great.” Five days after getting the ax, Graham boarded a plane to South America to embark on what would become a life-changing trip.

“Four months into my backpacking trip I was on a four-day trek through the incredible Inca Trail towards Machu Picchu. By the end of it, I was sitting on top of Wayna Picchu reflecting on my experiences throughout my trip. Then it finally clicked: I will work and travel when I want, where I want.”

Graham adopted a digital nomad lifestyle. His office became coffee shops, libraries, hotels and beaches around the world.  Not long after returning from South America, he launched MonetizeMore — a company dedicated to helping others achieve an autonomous lifestyle. The company employs over 90 people, all of whom are based around the world.

As of June 2017, 50% of the US workforce holds a job that is compatible with at least partial telework and approximately 20-25% of the workforce teleworks at some frequency. While many people work outside of an office every day, millions of workers dream of living a life dedicated to both work and travel. 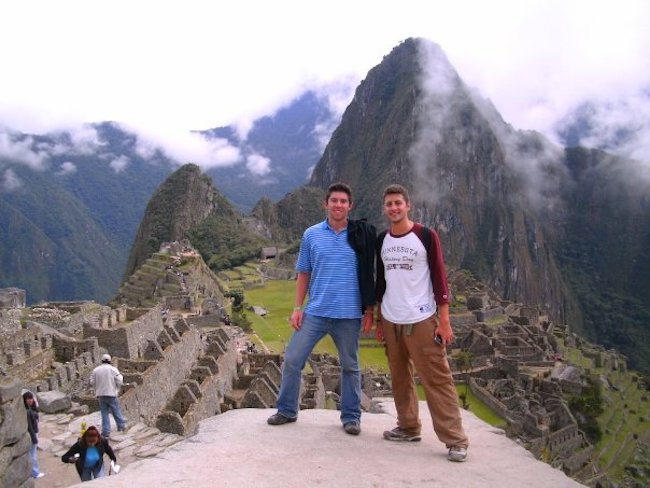 Now 32, Graham preaches the digital nomad life but warns it’s not for the faint of heart or weak of WiFi signal. Graham explains some of the pros and cons of becoming a digital nomad.

PRO: Adventure- There is no better way to seek adventure than to travel the world. Graham has had some of the most amazing experiences that he didn’t realize were even possible thanks to a digital nomad lifestyle. Moments like watching a pride of lions in the wild eating a freshly caught buffalo in Botswana, working from the West Bank in the Banksy Hotel, peering out from the top of the Victoria Falls, Zambia while someone held him by the feet and skydiving in New Zealand.

CON: Stressful Moments – While this may not happen often, they definitely come up. You could be urgently searching for reliable wifi for an urgent call that is 5 minutes from now. Perhaps your site went down, and you’re in a remote area in Sri Lanka. Sometimes irate clients demand in-person meetings when you’re on the other side of the World. While each of these definitely adds to your stress levels, with the right level of versatility and problem-solving skills, you’ll be able to handle these issues swiftly.

PRO: The People- I have met some of the most incredible people during my travels that I would have never had the chance of meeting if I stayed home. Traveling brings out the type of people that have a zest for life. The experiences, discussions, and connections that I’ve had with some of these people will be treasured for a lifetime.

CON: Fear Of Missing Out- When you all of a sudden can be anywhere in the world that you choose for as long as you want, many opportunities open up. Now you can go to any wedding you’re invited to, take-up any travel invitation or even hit your top 10 music festivals in the same year. However, in-practice this gets a bit complicated because the world is a massive place and you still need to get work done. An essential trait of a digital nomad is to have the ability to say “No” despite the nagging feeling of the fear of missing out.

CON: Living Out Of A Suitcase- Constantly moving while enduring the requirement to consistently work can be quite tiring over time. After a while, it’s nice to be in one place for a while and relax a bit. That is why I converted towards “slow traveling.” That is where I will get an apartment in each city I go to and stay for 1 – 4 months at a time. I have found this to be the happy middle of being a digital nomad. I can get the excitement of being in a new city and being immersed in a new culture while being able to have a routine, get a gym membership and getting to know the locals better.

PRO: Self-Realization- At the core of traveling is the practice of getting out of your comfort zone. Getting out of my comfort zone is the best way to learn about myself. This humbling experience grounds me by blatantly uncovering my weaknesses. Learning my shortcomings is the first step to setting on the path to changing them to strengths. For those lucky enough, travel has given the life-changing gift of self-realization that is possible to use in one’s personal and professional life.

Graham understands that working in an office and taking small vacations close to home is fine for some people but for anyone with an adventurous side, the digital nomad lifestyle is worth an attempt.

“Eight years and 80 countries later, I still work while I travel. I’m either living in a new exciting city for 1 to 4 months or backpacking through a new country. The digital nomad lifestyle is not for the light-hearted but can be incredibly fulfilling.”

NEXT: How Two Guys Cold-Emailed Mark Cuban And Got A Half-A-Million Investment For Their Start-Up