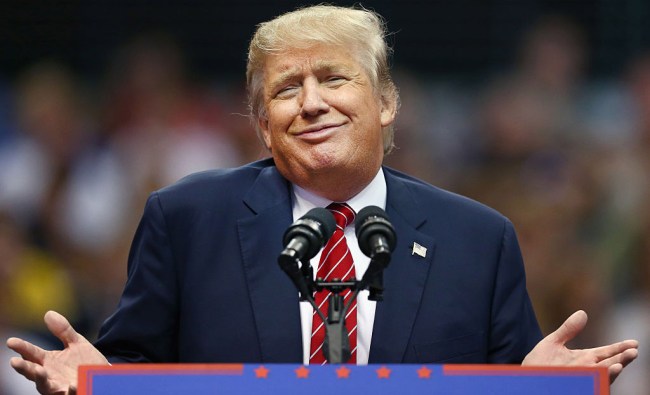 Donald Trump may be President of the United States, but since running for and eventually taking office he reportedly hasn’t been making his bank account great again.

At least that’s what the annual “Forbes 400” list of richest Americans states this year.

According to Forbes, they now estimate Trump’s net worth at $3.1 billion, down $600 million from a year ago.

The biggest hit was to Trump’s real estate portfolio, which is weighted heavily toward New York City. Values of several Manhattan properties, particularly those on or near Fifth Avenue, have dropped, shaving nearly $400 million off his fortune. Some of his golf properties, including ones in Miami, Ireland and Scotland, have also declined in value, as some would-be guests stayed away, apparently offended by the president’s politics and bombast. Trump’s cash pile is down an estimated $100 million since last year, after he spent $66 million on his campaign and $25 million settling a lawsuit over Trump University. As always, we refined our estimates based on new information uncovered during months of reporting.

These losses to Trump’s portfolio have dropped him 92 spots on the annual list from 156th place in 2016 to 248th place this year, tied with Snapchat founder Evan Spiegel and 14 others.

On the plus side of the ledger, Trump’s hotel-condo tower in Las Vegas and his minority stake in a downtown San Francisco office building both rose in value, so he’s got that going for him, which is nice.

Number one for the 24th consecutive year is Bill Gates, who is now worth $89 billion, up $8 billion from a year ago. Amazon’s Jeff Bezos, whose fortune rose $14.5 billion in a year, retains the number two spot for the second consecutive year with a net worth of $81.5 billion, while Warren Buffett holds onto the number 3 spot. His net worth increased by $12.5 billion, despite giving away more than $3 billion of Berkshire-Hathaway stock in July. The biggest gainer (in dollar terms) is Facebook’s Mark Zuckerberg. His fortune jumped $15.5 billion, but in a crazy year like this one, it’s only good enough for him to hold onto his ranking as fourth richest.

Oracle co-founder Larry Ellison came in at number five with an estimated wealth of $59 billion.

Amazingly, there were 169 billionaires in America who didn’t even make the top 400 with people like Under Armour’s Kevin Plank who fell out of the list after going from $3 billion to just $1.7 billion. Poor guy. Hope he’s okay.

In total, 26 members of the 2016 list fell out of the rankings as the minimum net worth to make Forbes’ list of richest Americans is now up to a record $2 billion. The average average net worth of those on this year’s list is $6.7 billion, who combined are worth a whopping total of $2.7 trillion.