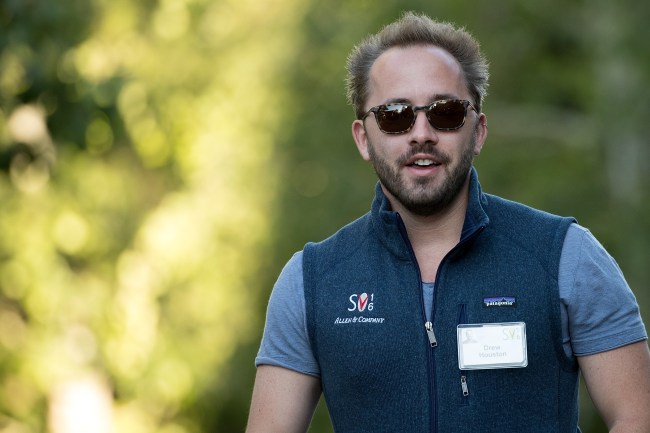 If you’ve ever ridden the Chinatown bus from New York to Boston or D.C., consider yourself lucky that you’ve survived. Or at the very least, didn’t contract a deadly disease.

Drew Houston, the 35-year-old founder of the file-sharing company Dropbox, not only survived his trip from New York to Boston, but laid the groundwork for a company that now generates $1 billion in annualized revenue and is fetching a $10 billion valuation after recently going public.

Houston started Dropbox in 2007 at 24-years-old after his SAT-prep company was rejected by famed startup accelerator Y Combinator.

On Business Insider’s Success! How I Did It podcast, Houston describes the unlikely genesis of his company.

I was going from Boston to New York on the Chinatown bus, forgot my thumb drive, and I was so frustrated — really with myself, because this kept happening. And I’m like, my God, I never want to have this problem again. And I opened up the editor and started writing some code. I had no idea what it would become.

Later in the interview, Houston describes his meeting with Steve Jobs and how the Apple co-founder tried to muscle him.

And he started by saying, “You guys have a great product.” And so I’m, like, under the table — like, bucket list, checking that off. Steve thinks we have a great product. That’s good. And he was asking if we were willing to sell the company, and we told him that we’re really enjoying building this, we really admire everything that Apple has done, but we want to stay independent.

And so he started trolling us a little bit, saying we’re a feature, not a product, and telling us a bunch of things like that we don’t control an operating system so we’re going to be disadvantaged, we’re going to have to figure out distribution deals, which are risky, and sort of a bunch of business-plan critiques. But then he was like, “Alright, well I guess we’re gonna have to go kill you, basically.” Maybe not in those words, but pretty close.

Dropbox is more alive than ever, trading just before noon Friday at $29, about 38% and eight dollars above the $21 IPO price.

Now if you’ll excuse me, I’m going to hop on the Fung Wah bus and think of the next big thing. BRB.