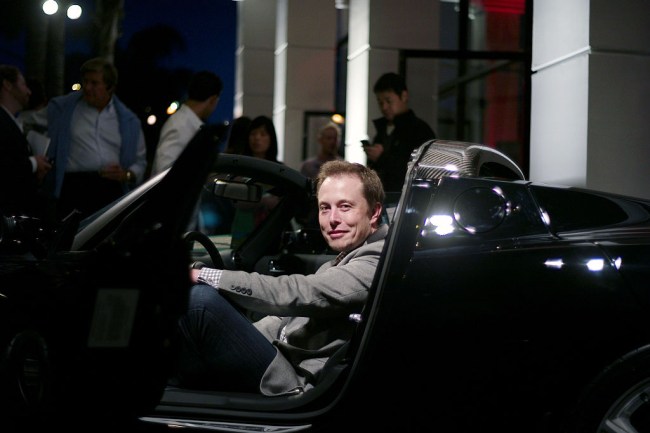 Getty Image nahhht!" - Elon Musk doing his best Borat impression.Late Saturday a strung out Elon Musk tucked his tail between his legs and blogged that Tesla would remain public despite his drug-fueled tweets pointing towards the contrary.The reason? Investors (think institutional, not retail) weren't feeling Musk-rats plans for taking the fledgling EV company private. For a multitude of reasons ...Cathie Wood, CEO of ARK, a major Tesla investor, stroked Elon's ego with an open letter citing a potential $4k stock price as a reason for remaining public. Really, Cath, really?Musk officially cited other investor's concerns about the operational clusterf*ck that the largest corporate buyout of all time would be (read: funding NOT secured).Despite concerns over Musk's recreational and prescription drug habits, the board is confident-ish in his ability to steer the ship and will allow him to remain on board as CEO.Water Cooler Talking Point: “Friends don't let friends tweet drugged." FRESH ON CAMPUSNeONBRAND / Unsplash

Instagram is launching a new feature aimed at students that will allow users to join a virtual community of peers and exchange DMs. Users have to opt-in to the test and can accept or ignore any messages they receive. Obviously, blocking is available … because there’s always “that guy” in the dorm.

It’s unclear at this point how the groups will be created and who will run point. Or how these groups are any different from Facebook groups for that matter …

The test may or may not be a response to Tinder launching TinderU which aims to create communities where co-eds can find “study-buddies” by swiping on people at their respective school or nearby campuses. Sooo, Tinder?

Water Cooler Talking Point: “This is no doubt just going to turn into a campus-wide competition for the dankest memes.”