Your Minimum Emergency Fund Is Actually Much More Realistic To Achieve Than You Think, Per Economists 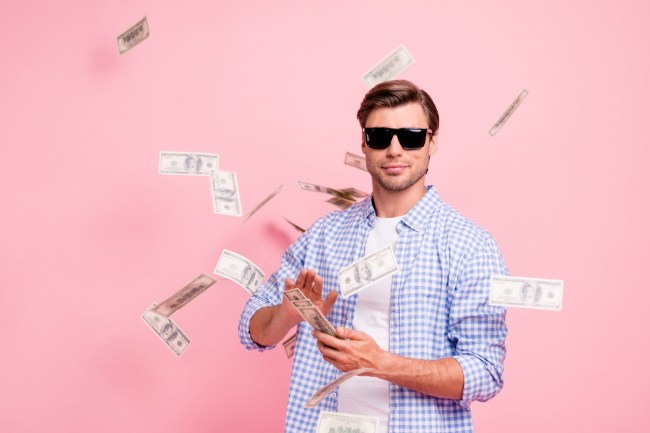 Having an emergency fund is important in order to save yourself from financial trouble should, God-forbid, something happens like losing your job or unforeseen bills. Unfortunately, actually saving money isn’t necessarily the strongest trait for many of us, as we’re usually busy spending too much on weekends, overpaying for luxurious vacations, paying off insanely high student debt, and, well, generally thinking our bad spending habits will change was we get older.

That’s not the greatest way to approach your money, but, sadly, it’s sort of how we’re all living, with lots of people just skating by month to month with each paycheck. That makes things difficult when it comes to saving for an emergency fund, leaving many people — especially those earning lower salaries — pretty much hopeless when it comes to saving.

Luckily, there’s some good news, though, because, contrary to popular belief, the amount a person should actually have saved in his or her emergency fund isn’t outrageously high like some financial experts think. Rather than worry about having $10,000 to $15,000 in there in case something unfortunate should happen, a couple of economists — Emily Gallagher and Jorge Sabat — challenge that savings rule, and actually offer up a much more realistic number.

According to Gallagher and Sabat’s 2019 report, the “Rules of Thumb in Household Savings Decisions,” the ideal amount somebody should have in their emergency fund is a very achievable $2,467, with the two economists identifying that as the number to aim for to keep yourself safe in difficult financial times.

After crunching the numbers, Gallagher and Sabat found a more realistic amount for low-income households, specifically, to aim for: $2,467. If you have that much saved, your probability of falling into financial hardship (not being able to pay rent, bills or medical care) is low.

“We’re not saying that $2,467 is the optimal savings level,” Gallagher emphasizes. “Our results don’t speak at all to achieving longer term financial goals, like paying for college or affording a house.” Especially if you’re planning ahead for bigger expenses in the future, you’ll want to aim to save much more.

For people who struggle to set aside a portion of their income, though, $2,467 represents a good “minimum savings rule that you should be working toward,” says Gallagher.

Obviously, putting more money aside in an emergency fund is better than doing the bare minimum, but at least preparing for the worst doesn’t require moving thousands aside into a separate savings account, taking away from your everyday spending or routine activities. It’s more important for people — especially of the low-income variety — to create a buffer and get into the proper savings routine; especially as their income (hopefully) increases.

In order to land on that $2,467 number, Gallagher and Sabat used data from the Survey of Income and Program Participation (SIPP) to graph the relationship between falling into hardship in the next six months and how much you have saved as a buffer. Looking at financial info from more than 70,000 lower-income households — which the report identifies as households earning under 200 percent of the poverty line, or about $30,000/year for a family of four — should these people save just $200 to $500 each month, they would dramatically reduce the likelihood of falling into financial hardship.

None of us want bad things to happen, but, unfortunately, things come up that can leave us underprepared financially. Thanks to the new data above, though, we now have some understanding as to what we should have saved in an emergency fund — and it’s more realistic than the amount many originally might have assumed.