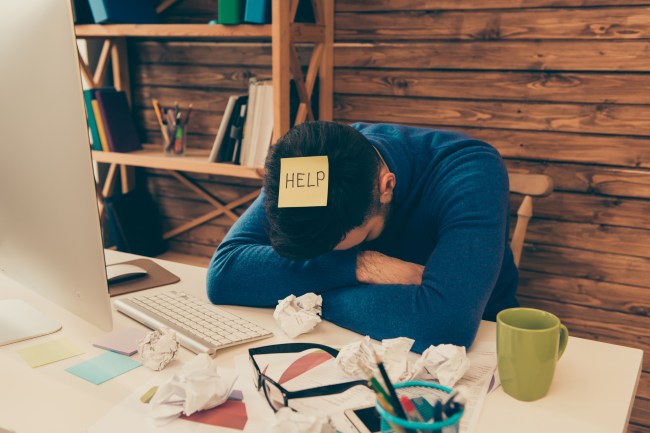 High salaries are supposed to mean lots of money for saving, right? Well, in some cases, that’s not exactly what’s happening, as cost of living increases, student debt buries us and all those Instagram-worthy vacations take precedent over stashing away cash for the future. Sure, some of us have the discipline to save a certain amount each paycheck, but not all of us — which is a scary thought considering many millennials have little to no savings.

Thing is, while young people with lower salaries are thought to be the ones worrying about saving enough to retire at a comfortable age, new data suggests that it’s just as much of a problem for those earning high salaries, with some millennials wondering just how long they’ll have to stay in the workforce before enjoying the rest of their lives. No, for real.

According to a Bloomberg report on the matter, a recent study from the Spectrem Group focusing on millennials with high salaries — or between $100,000 for single people and $150,000 for married or partnered people annually — found that half of the participants are scared they’ll have to work forever because they won’t be able to save enough to retire. Is that not scary to anyone else?

The reason stems from a problem that began when these millennials started their careers, with many joining the workforce at the height of the recession about 10 years ago. Per Bloomberg, via the results of the study, here’s what many of these people with high salaries are most fearful about.

In particular, millennials that are now 30-34 years old — meaning that they likely graduated from college in the depths of the downturn, when hiring in many industries had dried up — are the most cognizant of or concerned about finances.

That “middle” cohort, scarred by memories of a dismal employment market, are also far more willing to work at a job that they might not like than their younger or older peers.

High-income millennials under 29, who graduated from college when the U.S. economy had started to recover, are more optimistic, the survey found: they’re more willing to hold out for a job they enjoy, and less worried about having to work forever.

So what’s this mean for many millennials works? That they’re more willing to be unhappy at a job that pays well than to do something they really like. Obviously, this is a problem, and it’s become more and more prevalent in the age of status over happiness — hey, we can never have enough White Claw shots from boats, right? Thing is, most of those people aren’t too thrilled with the employer paying them that high salary.

Saving for retirement and building a strong financial future now is important, regardless of what a person is earning. And with tons of resources available to take advantage of, nobody should avoid putting a few bucks away every paycheck in order to avoid the stress of possibly working forever. No matter if you’re earning a lower salary or a high salary, remember to always be saving more than you think you should.