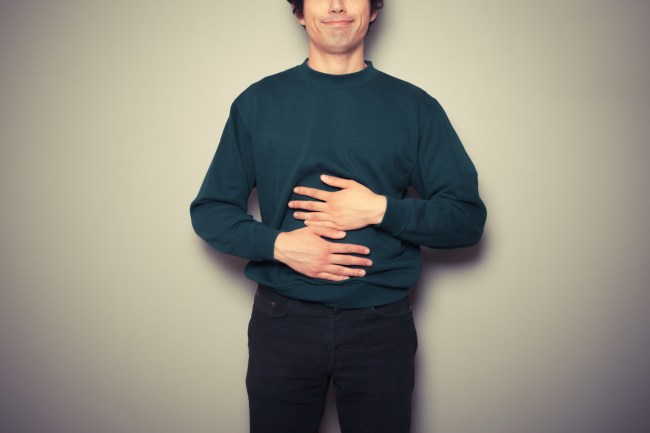 When a man gets hungry, and we’re talking the kind of appetite where the stomach starts eating itself from the inside out, he starts making all sorts of questionable choices in his life.

It’s like from out of nowhere the lack of all things meat and potatoes causes his idiot brain to deteriorate to some dunce-ass level where not even the short bus people will let him on for a ride.

And it always seems that these moments of starvation are when the people in our lives demand the most from us.

It might be the girlfriend asking you to pick the restaurant on date night, or your boss asking whether a position in sales might be something you would want to consider.

But then there are times, just when the stomach starts getting hostile enough to make the knees weak when we are faced with having to make some critical decisions.

Like should we invest in marijuana stocks or Apple; should we cheat on our wife with that hot girl in accounting; should we pull mom off life support to get out of the hospital in time to see the game?

A new study shows that we should never make these kinds of important decisions when our stomachs are growling like a pissed-off bear.

Researchers from the University of Dundee in the United Kingdom say that making decisions when we are hungry is the fastest way to screw the pooch.

The study, which was published in the latest issue of the journal Psychonomic Bulletin & Review, finds that people will inevitably make some fucked up choices if they are done on an empty stomach.

What’s more, is those selections made in times of famine could possibly lead to some destructive outcomes that we could regret for all time.

“This work fits into a larger effort in psychology and behavioral economics to map the factors that influence our decision making,” lead study author Benjamin Vincent said in a statement.

“This potentially empowers people as they may foresee and mitigate the effects of hunger, for example, that might bias their decision making away from their long term goals.”

Okay, sure, it’s not supernatural that our brains just sort of going haywire when we long for a taco or two.

We’re men, we get hungry! So, it makes complete sense that we’re going to start fucking shit up once the belly takes over and starts guiding us down the proverbial pisser one lunatic craving at a time.

But it’s the reason for this behavior that researchers were interested in learning more about. They say it has to do with something called “delay discounting,” which is when people opt for a smaller, more immediate compensation rather than waiting on something more substantial to come around.

It is a situation where someone might opt to eat fast food tacos now rather than wait to dine at an authentic Mexican restaurant later in the evening.

Any of you with small children witness delay discounting in action all the time.

Kids will almost always take the immediate reward rather than wait on a better one to come around. That’s why those little bastards are so easy to bribe when it comes time to get them out of our hair.

Their negotiation skills are total shit.

So they asked a group of people who had either been appropriately fed or fasting for 10 hours (hungry as hell) how long they were willing to wait for food, music, and money.

But before they answered, researchers also told the group that they would get more of whatever they chose – double in fact — if they were just willing to wait longer for it.

The study found that the people who were fed were willing to hold out for 35 days to get more food, while the hungry participants gave in after three days.

In the case of money, the group whose stomach wasn’t growling was willing to wait 90 days for double the amount. The number was only 40 days for the starvation folks.

For music downloads, the fed ones could wait 40 days, while the hungry would jump ship after only 12.

Researchers say it is apparent that food (or the lack thereof) can have a considerable impact on the choices we make.

“We wanted to know whether being in a state of hunger had a specific effect on how you make decisions only relating to food or if it had broader effects, and this research suggests decision-making gets more present-focused when people are hungry,” Vincent said.

“We hear of children going to school without having had breakfast, many people are on calorie restriction diets, and lots of people fast for religious reasons. Hunger is so common that it is important to understand the non-obvious ways in which our preferences and decisions may be affected by it.”

But there’s still something to be said for staying hungry.

There is evidence out there that suggests that the occasional fast can actually boost brain function.

Restricting those calories throughout the day can also keep a person from feeling sluggish and give them more staying power in the grind, as opposed to the person who eats a large lunch and then attempts to conquer the rest of the day.

“The message that mild calorie restriction is beneficial to health is supported by clear evidence,” said Jeffrey Davies, an associate professor of molecular neurobiology at Swansea University in the United Kingdom. “For the general population, that is something that they may be able to introduce into their lives, similar to increasing the amount of exercise they take part in.”

Still, while fasting to some degree is great when a man just needs to get shit done, you might want to make sure to grab that taco or something before making drastic decisions.

We’d hate to hear that dear old mom met her untimely demise just because you wanted to get the fuck out of dodge to watch sports.