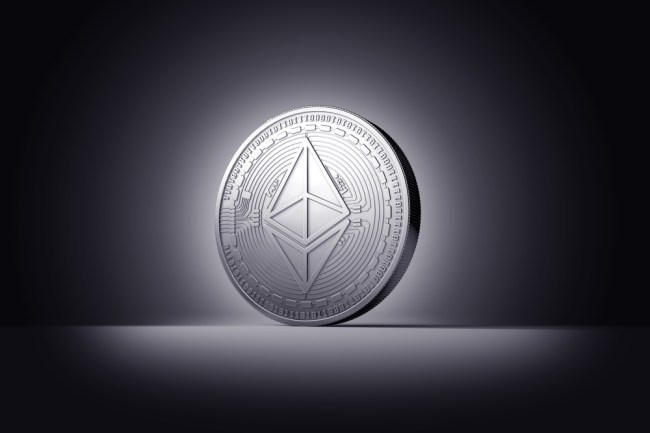 In the investing world, Bitcoin has snatched a majority of headlines in the past few weeks and for good reason since it has absolutely exploded. This week, the popular cryptocurrency had a successful start of Bitcoin futures trading. On Nov. 12, Bitcoin had a value of $5,775 and today Bitcoin’s price is hovering over $17,000. Previously, we provided some information on the explosive growth and potential of the #5-ranked cryptocurrency, Litecoin. Today we’ll take a look at another surging cryptocurrency in Ether.

The success of Bitcoin has also lifted the entire crypto market, including Ether, the digital token of the Ethereum blockchain. With a market cap of over $59 billion, Ethereum is the second-largest digital currency by market value. The system is powered by the Ethereum Virtual Machine (EVM) and provides a cryptocurrency token called Ether. Over the past month, Ethereum has more than doubled in value going from $312 on Nov. 13 to over $614 at the time of publication, which is an all-time high by far.

The surge in the price has to do with the rise in Bitcoin as well as reports that Swiss banking behemoth UBS would lead an Ethereum-based blockchain platform alongside other high profile firms such as Barclays, Credit Suisse, KBC, Swiss stock exchange SIX, and Thomson Reuters. “The network will reportedly be used to help participants in the project comply with the European Union’s Markets in Financial Instruments Directive II (MiFID II), an overhaul of EU rules that aims to make trading within the bloc more transparent,” CNBC reports. After BTC had a successful launch of their Cboe Global Markets futures contract and the backing of traditional financial institutions, investors now believe Ethereum could be the next big listing on Wall Street.

So what are the differences between Bitcoin and Ether? For one, Ethereum has much faster transactions. While Bitcoin’s average block time is about 10 minutes, Ethereum aims to be 12 seconds. There are much more Ether available compared to Bitcoin which 80% will be mined by January 2018. Ethereum raised its launch capital with a presale and only about half of its coins will have been mined by its fifth year of existence.

Ethereum launched on July 20, 2015, with 11.9 million coins “premined” for sale. Like any blockchain, Ethereum offers a peer-to-peer network protocol. Ethereum is not just a digital currency; it is also a blockchain-based platform that features smart contracts. Ethereum’s smart contracts aim to provide greater security than traditional contracts and have stored applications known as Distributed Applications (ĐApps) for contract negotiation and facilitation. Ethereum is a programmable blockchain that allows users to create their own operations and they can do so at any complexity they desire. This means that it is not limited only to cryptocurrencies. The Ethereum Virtual Machine uses Turning complete whereas Bitcoin is in a stack based language.

Bitcoin and Ethereum charge for transactions in different ways. “In Ethereum, it is called Gas, and the costing of transactions depends on their storage needs, complexity and bandwidth usage,” the Huffington Post states. “In Bitcoin, the transactions are limited by the block size and they compete equally with each other.” So the questions that remain is how high will Ether climb and when will the cryptocurrency bubble burst?