Don’t have 3 minutes and 37 seconds to read The Water Coolest? Listen on all of your favorite podcast outlets in 2 minutes or less. 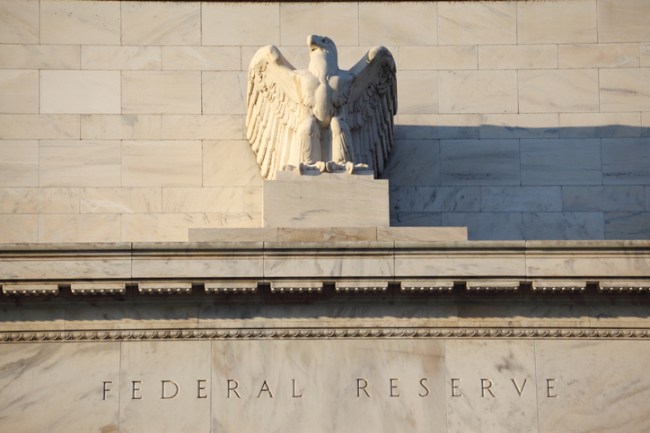 Apparently, the Fed is channeling its inner Kunu a la “Forgetting Sarah Marshall” (think: “Do less”). A speech by Fed Vice Chairman of Supervision Randal Quarles on Friday was the source of many a fist bump throughout the banking world.

Quarles, doing his best to score an invite to Dorsia, opened the kimono on a slew of planned bank-friendly regulations including making stress tests more consistent year over year and giving banks results before the house of cards wrap up their shareholder-return plans. As the test stands now, making share buyback and dividend allotments prior to getting stress test results makes it a bit of a guessing game for “the smartest guys in the room.”

The man with the plan (Quarles) also hinted at eliminating the leverage ratio which compares equity to total assets. Banks and the Fed argue that this doesn’t take into account relative riskiness. Opponents point to September 2008 on a calendar.

For banks with less than $250B, Quarles words were the stuff that dreams are made of. The Fed is looking to reduce stress tests to every other year beginning in 2020 … and he is urging regulators to make the year of our Lord 2019 an off year.

The Fed is also a proponent of withholding stress tests results from the public to spare banks public humiliation. And in what may have been the most intriguing line of Quarles’ pro-deregulation soapbox rant, the Fed Vice Chairman mentioned seeking public input for doomsday stress test scenarios.

Water Cooler Talking Point: “Letting the public come up with doomsday scenarios would just end up being a bunch of finance nerds creating situations where Bane takes hostages at 200 West instead of the NYSE.”

ONE IS THE LONELIEST NUMBER

China’s largest internet company set a single day sales record on Sunday, with $24.3B in sales in just 16 hours during its Singles’ Day extravaganza. The company ended with $30.8B in sales. Alibaba spared no expense to promote its version of a one-day-only sale including televised entertainment with Cirque du Soleil and Mariah Carey. Because nothing screams “retail therapy” quite like carnie folk and a batsh*t diva.

Single’s Day, which occurs every year on 11/11 is China’s largest shopping event in the world dwarfing both Black Friday and Cyber Monday. The bonanza is the brainchild of Alibaba founder, and pumpkin-headed billionaire, Jack Ma, who decided to help singletons drown their sorrows with material items.

Water Cooler Talking Point: “Call me old-fashioned, but wouldn’t Beyonce be the ideal candidate for hyping hundreds of millions of people about being single and mending their dark, empty souls with iPhones and other ill sh*t?”

SAP is acquiring survey company, Qualtrics, for $8B. The Google Forms on steroids was planning an IPO this week, following in the footsteps of its biggest competitor, SurveyMonkey, which went public in September. But alas, money talks and the company’s board approved the buyout.

The all-cash deal is SAP’s second largest purchase as it looks to expand its cloud-based product offering. Time and expense system Concur (ever heard of it?) was SAP’s biggest deal with a price tag of $8.3B.

And that’s not all! There have been a slew of software acquisitions this year, most notably IBM’s purchase of Red Hat. Not to be left out, Veritas Capital Group and Paul Singer’s Elliott Management agreed to buy Athenahealth for $5B. Athenahealth is a cloud-based service used to track revenue from patients, hospitals, and physicians.

Water Cooler Talking Point: “I use cloud-based services Greg, can you buy me?”