WHY’D YOU HAVE TO GO AND MAKE THINGS SO COMPLICATED? 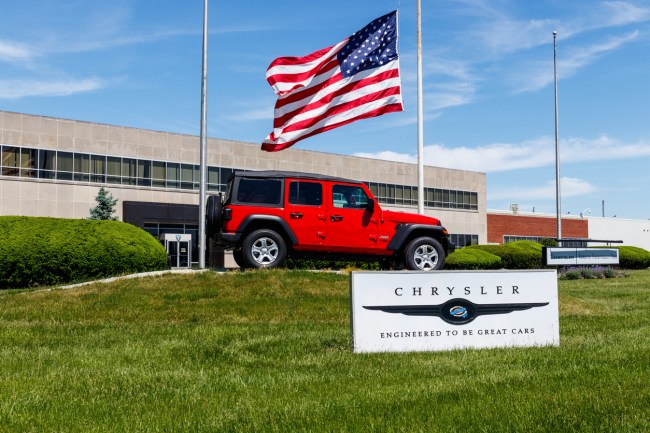 Fiat Chrysler, the maker of Jeep, Ram and your aunt’s Pacifica minivan, would own 50% of the combined company as would Renault, the maker of no car any red, white and blue-blooded American has ever heard of. Except, of course, every pretentious white chick named Becky who studied abroad.

As part of the tie-up current Renault Chairman Jean-Dominique Senard would take on CEO duties and John Elkann, current chair of Fiat Chrysler would be named the chairman of the board. The combined auto giant would be the third largest vehicle maker in the world.

Not exactly. Fiat Chrysler ($20B market value) is demanding that its shareholders receive a $2.8B dividend from Renault ($17B market value) to compensate for the disparity in value. Plus the deal will undoubtedly face scrutiny from the French and Italian governments who will want to ensure that the merger won’t cause job losses in their respective nations.

And then there’s the 800-pound-gorilla in the room: accusations that Nissan ex-CEO Carlos Ghosn used company funds for his own personal gain. You see, Renault has a two-decade-long relationship with Nissan which allows the companies to share parts, technology, and facilities. And each company owns a sizeable percentage of the other.

The relationship has been on the rocks for some time as it has failed to create tangible synergies, and Mr. Ghosn’s arrest certainly hasn’t helped the broken home.

I’ve got good news and I’ve got bad news. The good news? It looks like the US is getting close to a trade deal in APAC. The bad news? It’s with Japan and not China.

Donny Politics had himself an MDW in Japan taking in a sumo wrestling match, rubbing elbows with Japan’s new Emperor, and hitting the links with Japanese president Shinzo Abe. But it wasn’t all fun and games. POTUS and his squad began hashing out a potential US-Japan trade deal with their Japanese counterparts.

The potential deal, while more promising than China’s, is still months away. President Trump is aiming to ink a pact in August, well ahead of the end of the 6-month auto tariff exemption that was granted to Japan. You might remember that the US has been threatening Japan with tariffs on $50B worth of auto exports since last year.

Both nations have incentive to get a deal done. Japan relies heavily on its US car sales, and Australia and Canada, two agricultural powerhouses, have already inked deals with Japan, worrying the US which stands to lose agricultural market share in the Asian country.

But have no fear, President Trump has already begun chipping away at Japan’s massive trade surplus with the US. How you ask? By selling the former Axis power 100 F-35 stealth fighter jets.

STEAL FROM THE RICH

… and invest it in your fintech company.

Robinhood is set to close another $200M funding round. The funding, coming in the form of a cash injection from existing investors, brings the electronic trading startup’s valuation to somewhere between $7B and $8B.

But wait, there’s more! According to ‘The Information,’ this round may be followed closely by another fundraising effort that could value the company at $10B.

The investment comes just days after Robinhood announced that it has officially launched Robinhood Crypto in the state of New York. New Yorkers will join residents of 39 other states that have gotten the green light to trade 7 different cryptocurrencies with no commission fee. Ah, yes, let’s make it easier for people to tell you how into bitcoin they currently are.

The startup has also made moves to apply for a bank charter, which would allow it to offer traditional banking products like checking and savings accounts.

This is just another in a long line of investments into the app-based trading platform. Most recently, in 2018, the firm closed a round worth $363M, giving it a market valuation of around $5.6B, up from $1.3B in 2017.