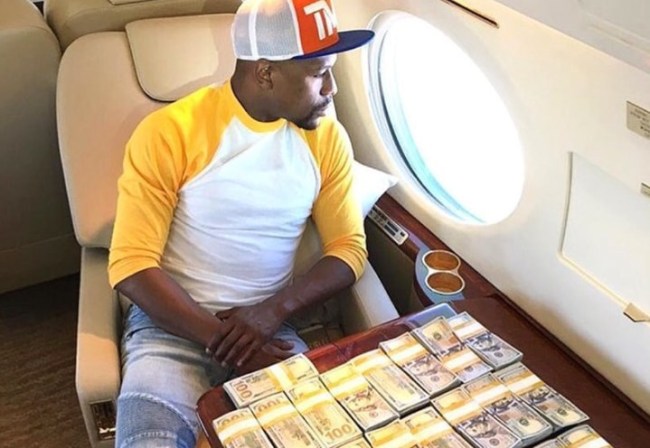 Mayweather, who earned $300 million for his fight with Conor McGregor alone, is worst an estimated $560 million–give or take.

The 41-year-old recently flexed his wealth on Instagram, showing off an 18-carat white gold, 260 carats of emerald-cut diamonds and individual stones up to three carats.

This my new timepiece, it's called "The Billionaire Watch". If you don't know about it, google Billionaire Watch. That's $18 Million on the price tag. I bought this watch from the best jeweler in the world, hands down @tadashi1980. He has better prices than any other jeweler that I’ve ever done business with ever and trust me, I’ve bought jewelry from every jeweler in NYC, Vegas, LA, Detroit, Houston and Miami. From here on out I’m only buying from @tadashi1980 fire your jeweler and hire @tadashi1980 Follow his page now.

Mayweather purchased the watch, which was designed by Jacob and Co., for $18 million.

The world famous boxer is just one month removed from buying his daughter a gigantic 30-carat diamond ring for her 18th birthday that reportedly cost in the “high six figure” range.

I own a $53 Casio. Tells time equally as effectively.