SLAP ON THE WRIST 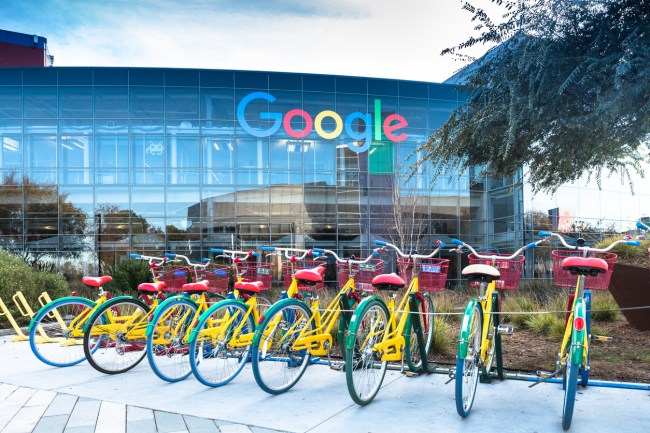 Google was the first to a handful of technology breakthroughs, and now they’re the first US-based company to be hit with a GDPR fine. The search giant was handed a bill for $57M by French regulators who claim the company hasn’t been transparent enough with the way that it handles consumer data.

Regulators are also claiming that Google hasn’t taken the correct steps to gain valid consent from users. The example provided was the use of a pre-ticked “consent” box when creating an account, which is a direct violation of GDPR standards.

While Google isn’t the first company to be hit with a fine, it is the largest thus far. In December, a Portuguese hospital was fined €400K and a German social media service was hit with €20K in fines in November.

It could be worse

GDPR regulations state that companies can be fined either 4% of annual revenue, or 20M Euros, whichever is higher. That being said, for a company like Google, who earned $33.74B in the last quarter alone, the fine is the equivalent of putting a nickel in the swear jar and saying f*ck while doing so.

A STATE OF DISREPAIR

Following the layoffs of roughly 100 managers last month, State Street will hit 1.5k employees with the “its not you, it’s me.”

The reduction is related to State Street’s proposed $350M cost savings initiative planned for 2019. Keep in mind, this is in addition to “Project Beacon” which will save the company more than $550M via added “automation” (read: “You’ve been replaced by Paulie’s robot.”)

Why the cost cuts?

Apparently caring for others money ain’t what it used to be. State Street, a “custodian” which safeguards roughly $32T for hedge funds, mutual funds etc. has been rocked by lower fee revenue.

The low margin biz has become super competitive, with firms like Bank of New York Mellon vying for the work and technology making it easier for others to enter the space.

Overpaying for Charles River Systems, a data, and analytics company probably didn’t help either. Investors were not a fan of the $2.6B price tag.

The company’s asset management arm, State Street Global Advisors hasn’t fared much better … because you know, the economy. In fact, leadership pointed to economic “uncertainty” as a reason for thinning the herd.

Chinese representatives have offered a plan to ramp up the country’s purchasing of US goods over the next 6 years in hopes of easing tensions with the world’s largest economy. The plan is to spend $1T by 2024, taking China’s current trade surplus from $323B down to zero … zip … nada.

How bad of an idea is this?

If the solution sounds too good to be true, that’s probably because it is. From an economic perspective, correcting the imbalance is going to be tougher than landing on the dark side of the moon. If the People’s Republic were to open its wallet and go all ‘Crazy Rich Asians,’ the land of the free and the home of the brave would be tasked with creating a sh*t ton of products it may not even have the capacity to produce.

Plus, taking such a macro approach won’t solve industry-specific imbalances. And then, of course, there is a chance that the Chinese could simply reroute exports so they aren’t technically Chinese goods, rendering the entire plan pointless.

Oh, and in order to find ways to spend the agreed upon money with the US, China will have to start buying less from other countries creating further imbalance in world trade.