Is The Government Shutdown Going To Screw Up Your Tax Refund This Year? Here’s How It Could Impact You 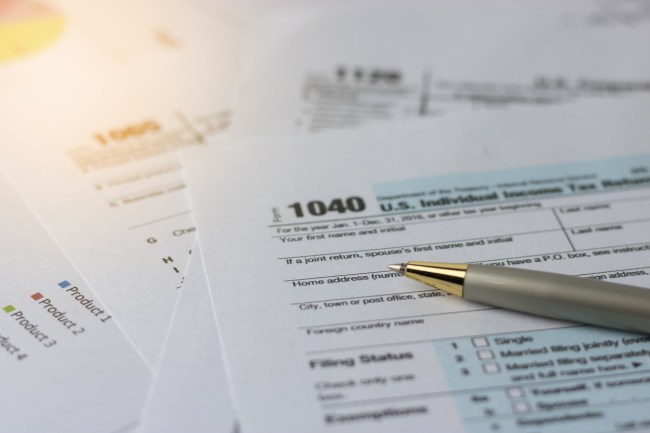 A few days before Christmas, the federal government gave hundreds of thousands of its employees whatever the opposite of a present is when the powers that be in Washington, D.C. were unable to strike a deal to keep things running.

The shutdown— which is the longest in the history of the United States— is currently entering its 25th day with no real end in sight thanks largely to a battle between people who really, really like walls and others who are decidedly not a fan of them.

As the squabbling continues, around 800,000 government employees have gone without a paycheck since the shutdown began. As it drags on, more and more members of the general public are starting to feel the impact— including those flying out of Atlanta who have been subjected to some insane lines thanks to TSA workers who have simply stopped giving a shit.

So I’m at @ATLairport and this may be the longest security line I have ever seen. Even growing up here, and even for a Monday morning. One passenger told me he’d been waiting over an hour and still had about 30 minutes to go. pic.twitter.com/UL7EghujQI

A couple of weeks after the shutdown began, I looked into how it might impact the craft beer industry and things are only getting worse for breweries with each passing day.

Travelers, craft beer drinkers, and the Clemson football team have all felt the repercussions of the shutdown, but if you haven’t been directly impacted yet, it might only be a matter of time as tax season rolls around.

According to MarketWatch, after surviving on a skeleton crew for the past few weeks, the IRS announced on Tuesday they’ll be asking over 46,000 employees to return to work (most of them without pay) in preparation for January 28th, which is the first day you can file your tax return.

Over the past couple of weeks, there were some rumors that the shutdown would prevent the IRS from sending out checks to people who are eligible for a refund this year.

While this has been the case in the past, the IRS confirmed they will still be sending out refunds if the government remains shut down. As a result, you shouldn’t be too worried (although it’s unclear if they’ll be sent in a timely manner).

Some people might also be happy to learn the agency will be suspending audits and non-automatic collections until the government reopens.

However, it may also make the lives of others more difficult by not responding to people who have questions about their returns, which is one of a few activities that will be suspended until Congress and Donald Trump can figure out a compromise.

With that said, you shouldn’t be too worried about getting money back if you qualify but you should be prepared for a bit of a rocky road ahead.