Wild Graphic Visualizes Where All The Millionaires In The United States Live (Hello, California!) 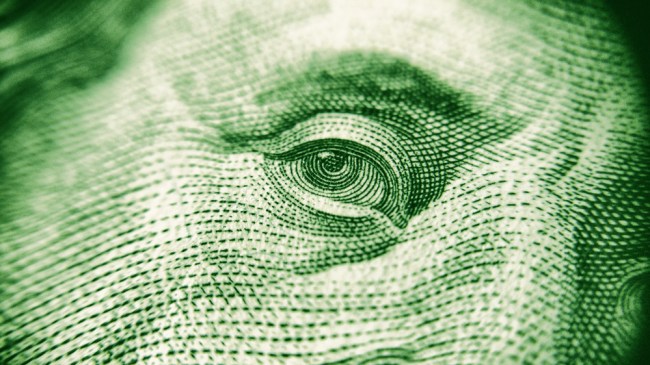 Want to get rich? Move to California! Okay, it’s not actually that simple. It just seems that way based on this new graphic which visualizes where all the millionaires in the United States live.

The graphic, created by cost information website HowMuch.net, used data for their exploding pie chart from Kiplinger defined a millionaire household as having more than $1,000,000 in investable assets, including everything from education accounts, IRAs, 401Ks, brokerages, savings accounts, and cash value life insurance policies.

On the plus side of what they discovered is the fact that there are a shitton of millionaires living in every state in this great land of ours. Literally, tens of thousands of them.

The negative side of their discoveries is that most of us are not one of them. And if you are, here’s a virtual high-five!

But enough with the celebrating…

The top 10 states with the highest concentration of millionaires are… 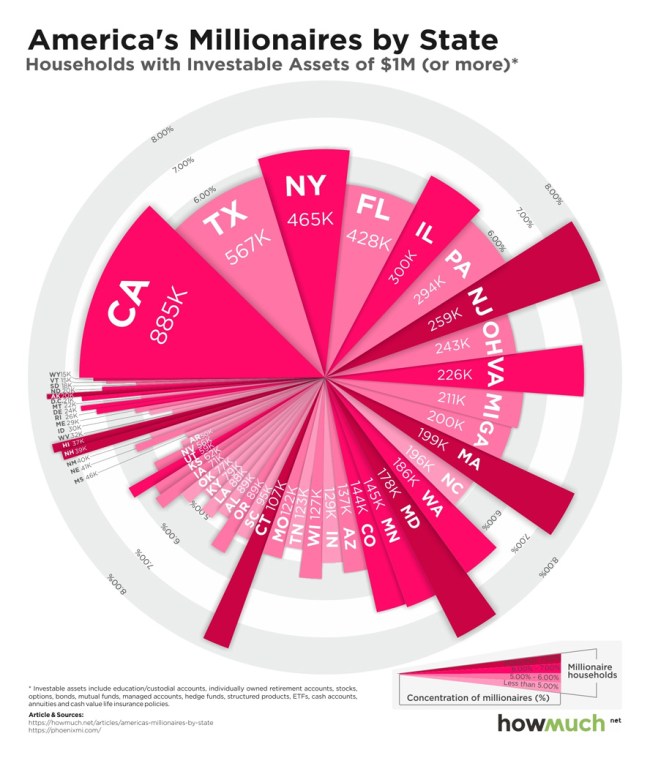 In their analysis of the data, HowMuch.net echoed what I said in the opening paragraph…

If your goal is to become a millionaire, it’s not necessarily the best strategy to move to a state with a large economy. For example, California has a lot more millionaires overall than Alaska (885,000 vs 22,000), but not as a percentage of the population (6.6% vs 7.6%). Technically speaking, this means the odds of getting a million bucks are higher in the Last Frontier than in Silicon Valley. In fact, the state with the lowest number of millionaires, Wyoming, actually has the 15th-most when measured as a percentage of the state’s total population.

On the flip side, it really doesn’t matter which state you live in because roughly 1 out of every 20 households, period, is worth at least a million bucks.

Now we just have to figure out how to make our households one of them. Any ideas?