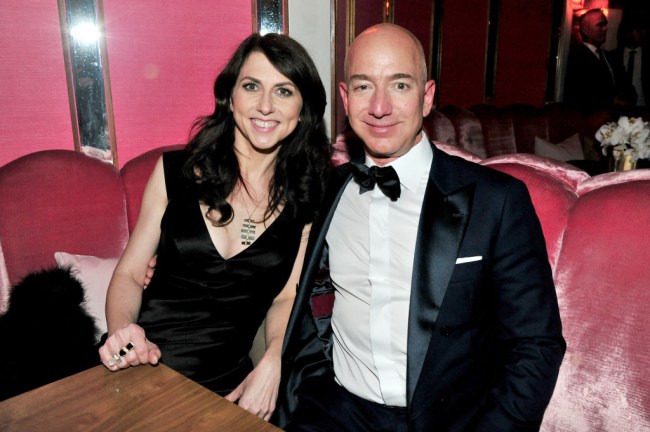 Amazon’s founder and CEO Jeff Bezos is sitting atop the ranking of World’s Richest Person, boasting a net worth of $133 billion, nearly $40 billion more than Bill Gates, the world’s second richest man. For you space nerds, allow Neil deGrasse Tyson to explain Bezos net worth in space terms:

“Bezos’ $130 billion net worth laid end-to-end, can circle Earth 200 times then reach the Moon and back 15 times then, with what’s left over, circle Earth another 8 times.”

Net worth aside, it’s hard to imagine the world without the electronic commerce company Bezos founded in 1994. Amazon is a global juggernaut that ranks fourth in the world’s most valuable public company (behind only Apple, Alphabet, and Microsoft), is the largest Internet company by revenue in the world, and is second to only Walmart in employment in the United States.

But 24 years ago, the then 30-year-old Bezos was just another struggling entrepreneur looking to hire talent by selling them on a dream. He was nowhere close to the person Warren Buffett would call  “the most remarkable business person of our age.”

BNN Bloomberg’s Jon Erlichman dug up a job posting Bezos posted to Usenet, a pre-internet message board. Bezos was looking for an “extremely talented” software developer who could help “pioneer commerce on the internet.”

On this day in 1994: Jeff Bezos posts the first job ad for Amazon pic.twitter.com/5ysOWB5OZ6 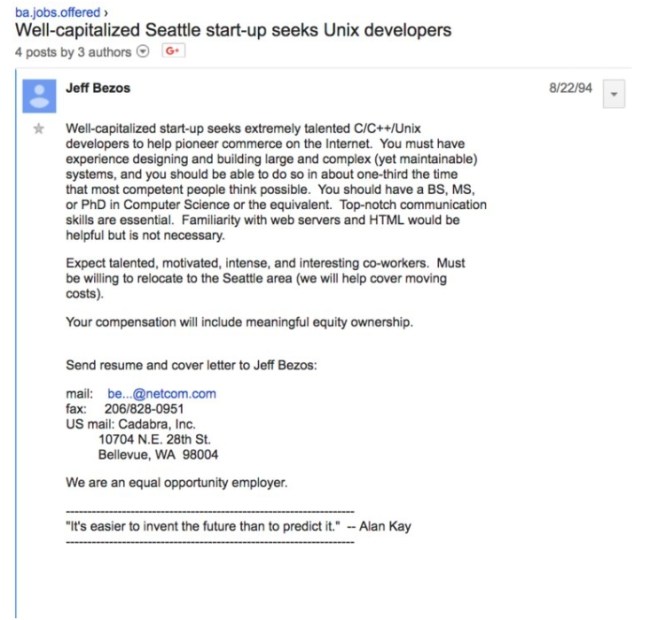 You may have noticed that Bezos’ job posting was for Cadabra Inc., which he would later change to Amazon.

“Your compensation will include meaningful equity ownership.”