Where Are They Now: An Interview With John LeFevre (AKA @GSElevator) 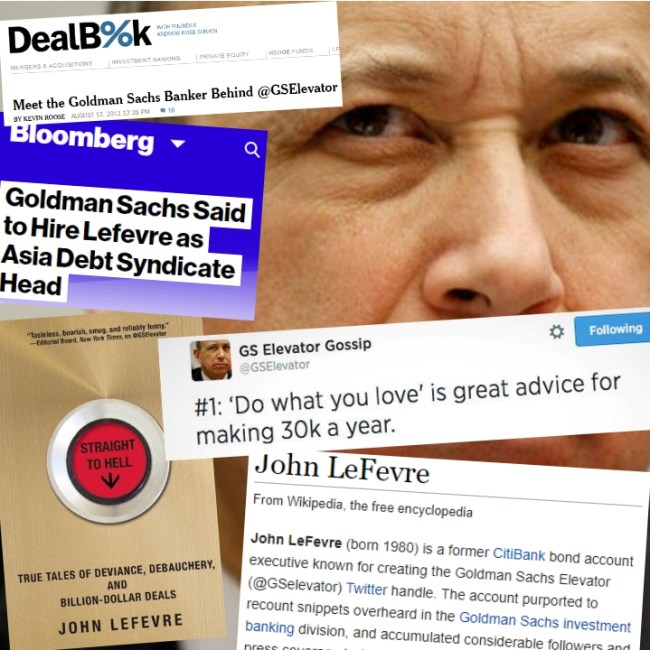 As some of you may know, we’re big fans of The Water Coolest, a daily business news and professional advice email newsletter for bros, by bros. In fact, we run it every day.

They recently sat down for an interview with John LeFevre. Some of you might remember him as the guy behind the infamous Twitter account, @GSElevator which chronicled the audacity of Wall Street behavior and arrogance.

He went on to write a bestselling book, “Straight to Hell,” about his time in the trenches as a banker. He’s since retired his Twitter fingers but has plenty of war stories, anecdotes, and advice, all of which are pure gold.

The podcast dives into some of John’s favorite stories from his time as a banker, how @GSElevator came to fruition, his book deal (and the controversy surrounding it) and some advice he has for young professionals.

You can listen here: