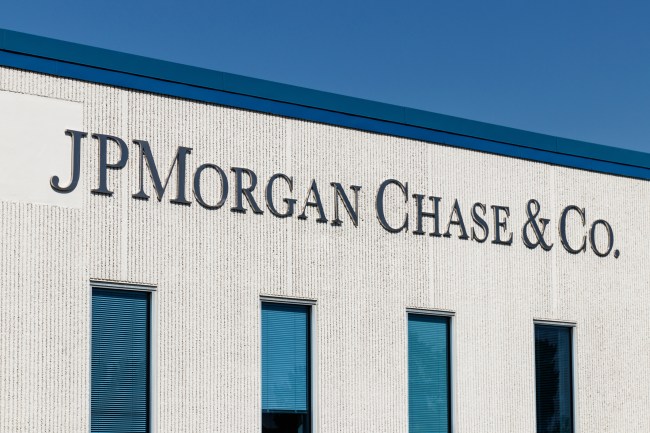 It makes a whole lot more sense why Jamie Dimon was so “confused” by a seemingly innocuous diversity question during a recent hearing on Capitol Hill. Apparently, it had nothing to do with believing diversity is an old, old wooden ship that was used during the Civil War era. Jamie was simply trying not to let the cat out of the bag

Well, Dimon is getting any younger. In fact, he said last year that he’s got about five years left in the tank. And it certainly isn’t lost on the Wall Street veteran that there has never (let that sink in) been a female CEO at one of the top-tier US financial institutions.

From a personnel perspective, the move makes sense. It will give Piepszak an opportunity to take on a more public role and allow Lake to lead a business line. Dimon has gained a bit of a reputation for high profile shakeups which create more well-rounded execs.

Of course, with a deep bench (of mostly Ivy league educated males), there is no guarantee that either of these lady bosses will find themselves in the driver’s seat of the largest bank in the US. But one thing is clear, the nod certainly won’t hurt JP’s chances of retaining Lake whose name was thrown around for the Wells Fargo CEO job.

A TALE OF TWO IPOS

Pinterest and Zoom are both going public today, but that’s about where the similarities end …

On one hand, you have an insanely popular don’t-let-them-hear-you-call-it-a-social-network that’s valued at $12B but has yet to turn a profit (which seems to be a prerequisite for tech companies prior to a massive IPO).

On the bright side, your aunt’s favorite website has an annual loss that’s been shrinking since 2017, and the company expects to profit in the next year or two. The “image sharing site” priced its shares at $19, $2 above the high end of its range, raising $1.4B in the process.

On the other hand, you have a video conferencing juggernaut with less brand name recognition, that is valued at roughly $9.2B and has shown that it can turn a profit. How important is “actually making money” to investors? Well, Zoom’s last private valuation hovered right around $1B.

Zoom has seen its revenue double year over year since 2017, bringing in $61M, $150M, and just under $400M, respectively. The Chatroulette competitor priced its shares at $36, well above its initial range, on its way to raising $751M Wednesday.

Other tech giants *cough* Uber *cough* are waiting with bated breath to see how Pinterest and Zoom perform. Why? A certain, recent, highly anticipated IPO has been more of a let down than The Godfather Part III …

Shares of Lyft, priced at $72, popped during the first day of trading, but have struggled since. The stock currently sits at $59 per share.

The OG of energy drinks is in a dogfight to maintain its market share in an industry that’s amphetamine-like products are facing critics as newer, healthier options emerge.

Monster currently owns 41% of the energy drink market, more than Red Bull. But competitors are coming out of the woodwork with natural energy drinks that claim to be “healthy alternatives” (read: not as bad as Monster and Minotaur). Keurig Dr. Pepper just launched what may be the NASCAR sponsor’s main competitor, “Adrenaline Shoc,” behind the star power of Lance Collins, the creator of Fuze tea and BodyArmor.

It doesn’t help that Coke, which owns an 18% stake in the preferred energy drink of people who think wrestling is real, invested in the Kobe Bryant-backed Body Armor and released its own energy drink earlier this year. For that, Monster has taken its frenemy to court.

In an effort to cater to the “healthy types,” Monster is releasing Reign, which features coenzyme Q10. A quick WebMD search confirms that this “coenzyme Q10” is, in fact, real and it is definitely much healthier than whatever the f*ck is actually in Monster …

But it may be too little too late as smaller, “smart energy” makers like Bang are eating up market share. Bang gained 9% of the market and drew the legal wrath of Monster who says the newcomer is making false health claims about its product.