Map Of America Shows What Millennials Earn In Each State, And What That Income Is Actually Worth 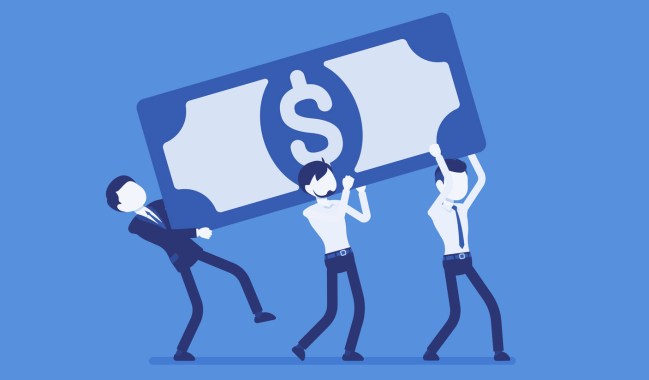 And to further drive that concept home is a new interactive map, created by the experts over at Money, shows the median income for millennials in each of America’s 50 states (and the District of Columbia), as well as how much that income is actually worth. 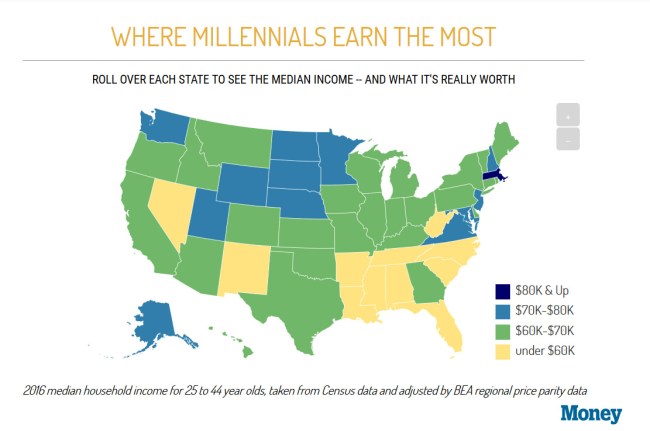 So those are the states millennials should be moving to, right? Not so fast.

When adjusted using the Bureau of Economic Analysis’s regional price parity calculations, those incomes are actually worth…

As you can see, Massachusetts is still a solid place to live (in fact it goes from number two to number one once adjusted), but the other states at the top of list suddenly aren’t nearly as appealing thanks to the cost of living there.

Oh, by the way, the worst state for millennials when it comes to adjusted income? New Mexico at $51,893.

To view the incomes and real-dollar values for millennials in all 50 states, head on over to Money and check out their interactive map.