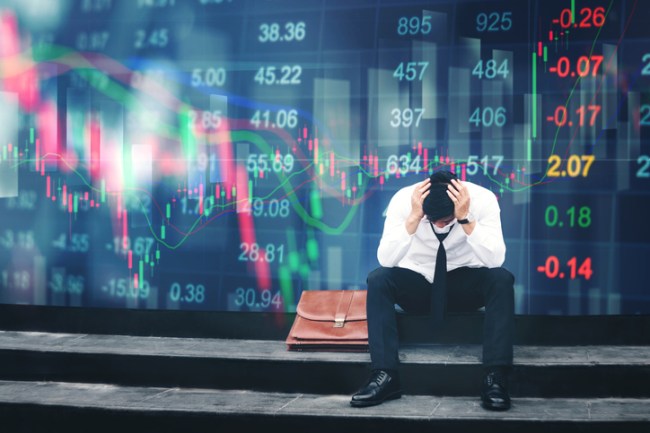 All major US indices were down more than 1.5% yesterday, with the S&P 500 and Dow Jones Industrial Average completely wiping out their 2018 gainz. The S&P and Nasdaq were 10% and 14% below their record highs set in September and August respectively. But, hey, it could be worse, it could be November of 1929!

So what gives? Per usual … it’s complicated. Old and new trade tensions are weighing on markets as is a doom and gloom outlook on holiday retail sales. And then there’s Apple. Shares of AAPL fell nearly 5% yesterday on news of supplier disruption and yet another downgrade by Goldman Sachs.

But that’s not all. You know what they say: when it rains … worldwide financial and commodity markets meltdown. WTI crude hit its lowest mark since October 2017 and bitcoin fell to below $4,300 today. For those keeping score at home, this price marks the point where Jamie Dimon called bitcoin a ‘fraud’ during its meteoric ascent.

Water Cooler Talking Point: “Here’s something to be thankful for: markets can’t be down tomorrow …”

Walgreens and Humana Inc. are looking to enter some sort of commercially viable blood brother relationship. The two health-focused companies are in discussion to take equity shares in each other, adding to the list of healthcare and pharmacy companies getting in bed together.

The Walgreens-Humana deal wouldn’t be a true buy out like some of their competitors, the thought being that a smaller stake would incentivize both companies to work together, and lower the cost of customer acquisition.

Ever since the Big 3 (Amazon, Berkshire, and JPMorgan) came together to form the Dream Team of healthcare ventures, more traditional players have joined forces to catch up. In December of last year, CVS agreed to buy Aetna Inc. for $69B.

Water Cooler Talking Point: “Want to have fun at Thanksgiving? Walk into a room with people who have different views and say the words ‘single payer.”