Matt Cohen, CEO Of GRAND, Explains How Being In A Fraternity Prepared Him For Entrepreneurship 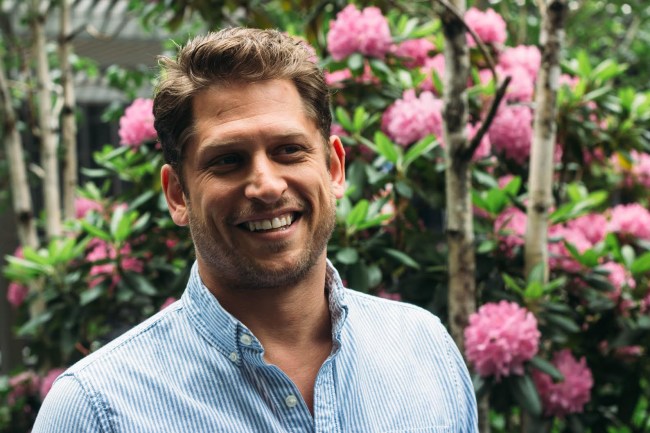 In this edition of On The Grind, we talk to the founder and CEO of GRAND, Matt Cohen.

GRAND is a revolutionary and fun savings plan idea that encourages people not only to save money but to save as much as possible each week.

Why? Because every $1 saved is an entry into a drawing to WIN more money.

Matt spoke with us about the idea behind GRAND, how life in a fraternity prepared him for entrepreneurship and how a Barry Manilow song lyric is the key to success when starting a business.

BroBible: Tell us about your background prior to making the jump to entrepreneurship?

Matt Cohen: I grew up in a small town in Connecticut. My younger brother (also an entrepreneur) and I were raised by our dad who juggled our hectic sports filled schedules with running his own successful private practice.

He set a great example – worked hard and made all the time in the world for us, but was far from a modern helicopter parent – there were virtually no rules or expectations, and he trusted us to find our own passions and to decide how hard we wanted to work.

After asking my dad if a crappy grade in eighth grade was bad, he responded, “it depends….do you want to drive a Porsche or a Yugo?”

I went on to get an undergrad degree in economics and Spanish, studied as much as I needed to and not much more and was President of my fraternity.

Heading the fraternity was my first real dose of what it’s like to be an entrepreneur – the job definitely had its perks, but it came with a whole lot of B.S. that no one else was willing to do or wanted to do.

Similar to the working world, it’s easier and often more fun to be a standard member of the fraternity than it is to make the membership possible.

After college, I went to work at an asset management firm and shortly after that was part of the founding team of my first startup. When that got sold, I ended up at a Wall Street bank.

Looking to fill the knowledge gaps that I thought I had relative to consultants and bankers I had worked with until that point, I decided to go back to school to get my MBA. Post-MBA, I went into investment banking and then spent 10 years as a partner at a venture capital firm in New York before launching Grand.

BB: Tell us how you first got into the financial technology space and why you founded GRAND.

MC: I first stumbled into fintech by starting in “fin.” By my senior year in college, I had decided that I wanted to work in finance.

I came across a book called “What Works on Wall Street” and set about trying to get a job with the author – Jim O’Shaughnessy. I “stalked” him at one of his book signings, talked with him briefly and handed him my resume – a couple months later I landed a job with his firm.

A year-and-a-half after that, Jim decided to launch a fintech startup – and I was in the right place at the right time to be a member of the founding team. We raised a lot of money, hired a ton of people and ultimately sold it to a big Wall St firm – wasn’t a home run but was a great startup initiation.

For the last 10 years, I worked as a venture investor – a great gig by all accounts – the thing is, as an investor, you are more of “coach” than a “player.”

I decided to launch GRAND and jump back in as a player when I came across two statistics that blew my mind:

1) the country spends $75 billion on lottery tickets, and

I knew we had a massive opportunity to build an app to offer large incentive prizes to make saving as fun as spending and make “impulse saving” scratch the same itch that shopping on Amazon does.

“After asking my dad if a crappy grade in eighth grade was bad, he responded, ‘it depends….do you want to drive a Porsche or a Yugo?’

BB: What has been the biggest reason for your success?

MC: I have always felt that people need to be willing to fail to succeed.

In fact, my high school yearbook quote was from a song from the 60’s, 70’s and 80’s legend — Barry Manilow…..”I’ve learned more from failure than I did from success, I’ve learned from no thank you, so much more than from yes. I learned to be willing to lead with my chin – And if I were willing to lose, I could win.”

BB: What has been the most significant barrier to your success?

MC: Getting too comfortable and staying too long in some of the non-entrepreneurial jobs I’ve had.

BB: What is the most actionable piece of advice you would give someone trying to get into this type of business or any entrepreneurial endeavor?

MC: If you’re passionate about it and you’ve done enough work to know your idea should exist in the world – jump in. I so often hear ”But I’m not ready, I’m going to do this or learn that for two years and then go do it.“ That almost always rhymes with, “You are not an entrepreneur, and you will never do it.”

Life gets in the way, people tack on debt, buy the big house, maybe get married or have a kid – and then, it’s too late, you are inclined to cling to the security of the steady paycheck.

The best entrepreneurs I know are natural owners and have the confidence to know that they are best equipped to figure things out, make things happen and most importantly, take the leap – today.

BB: What is the biggest mistake that you’ve made during your journey that you would warn others about?

Assuming that the best way to learn something or get something done is to enlist an “expert,” “specialist” or “consultant.”

Starting from a place of needing to figure things out on your own is almost always the right thing to do. It will force you to learn enough to be dangerous and allow you to decide if you still need the “expert,” and it will allow you to call B.S. on those who call themselves experts but are just trying to profit from your insecurity of not knowing.

BB: What is the best tool you’ve found to help you in your day-to-day?

Notes – I take notes constantly on my phone. For me, forcing the discipline of writing my thoughts down gets me to stop and think critically rather than let thoughts enter, pass and evaporate.

The added side benefit is, the scribbles are easy to circle back if I want to.

BB: How important have other people – cofounders, S.Os, investors – been to your success?

Critically important. I just couldn’t build GRAND without the tech expertise we have around the horn.

BB: How much luck do you think you can attribute to your success? OR right time, right place?

It has played a role for sure, but I believe in the old cliché that people make their own luck. Luck seems to find people who inspire others to think and who work hard and improve the lives of others.

BB: What are you doing today to take GRAND to the moon?

Making our prizes larger. Pulling in prizes besides cash that people will love. There are a couple other things in the pipeline that we will announce soon.

”I’ve learned more from failure than I did from success, I’ve learned from no thank you, so much more than from yes. I learned to be willing to lead with my chin – And if I were willing to lose, I could win.” – Barry Manilow

BB: How far do you look down the road when thinking about GRAND?

I give myself a two-year pipeline/execution horizon. With GRAND, in particular, there is a compelling need to understand how the world is interacting with technology today and, at the same time, consider how that might change in the near-ish term. If we do our job right, we will play a role in how millions of people save money.

BB: Do you think ANYONE can be successful at being an entrepreneur or does it take a specific “type?”

I think anyone can be successful as an entrepreneur. I just think that the majority of people are realistically better off doing what they are already doing or working for someone else.

Being an entrepreneur is wonderful, but it is hard, stressful and uncertain. One of the things that makes this country great is how fertile it is for entrepreneurs – formed capital markets, laws that protect ideas, etc.

Another thing that makes this country great is you can have a “normal” job and have a great life – without a lot of the stress that comes with having to build something.

I unwaveringly feel that being an entrepreneur is the right move for anyone who has a passion and a willingness to sacrifice in other areas to make their passion see the light of day.

BB: How will you know when you’ve “made it?”

This one is tough. The target has consistently moved on me.