Don’t have 3 minutes and 42 seconds to read The Water Coolest? Listen on all of your favorite podcast outlets in 2 minutes or less.

German officials raided Deutsche Bank’s offices as part of an investigation related to the Panama Papers. You read that right … the feds going all Elian Gonzalez on DB isn’t even related to the firm’s alleged wrongdoing in the Danske Bank saga.

When it rains it pours. And pour it did in Frankfurt, as roughly 170 police officers overran DB HQ seizing documents and making the Stratton Oakmont raid feel very “Paul Blart.” A search for DB analyst’s missing bonuses turned up empty according to authorities.

The search focused in on two employees only identified by their age. At least one of them remains employed in the financial-crimes fighting unit of the embroiled bank. Because, of course they are.

In case you brushed off the Panama Papers as “just another one of those Wiki Leaks,” let’s recap, shall we? The Panama Papers were a big f*cking deal … and still are. A bunch of investigative journalists uncovered a ring of elaborate offshore tax evasion that helped the rich and famous protect hundreds of millions of dollars from the tax man.

Deutsche Bank, which confirmed the investigation, fell 3.4% in trading today.

And now for a live look at CEO Christian Sewing.

Water Cooler Talking Point: “I cannot wait for this episode of Dirty Money to drop on Netflix.” 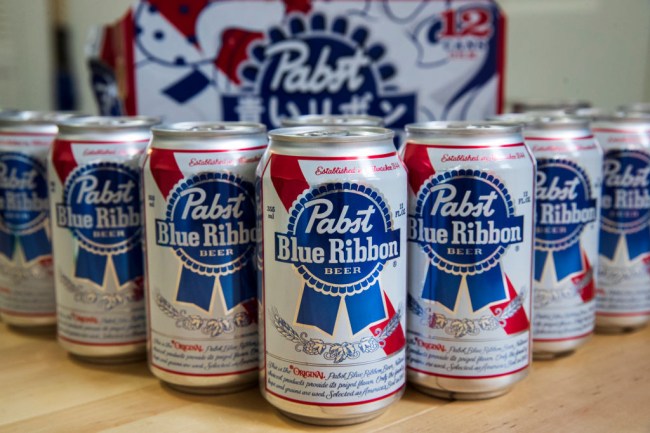 It’s time to crack open a very affordable cold one. MillerCoors has agreed to settle a dispute with Pabst over their brewing partnership.

MillerCoors has been producing Pabst’s beers since 1999. An agreement between the two companies was set to expire in 2020 but gave Pabst the right to extend the relationship until 2030 as long as MillerCoors had enough capacity to continue making the products.

After MillerCoors closed a brewery in 2016, it claimed it didn’t have enough capacity anymore. Hence the lawsuit, which claimed that MillerCoors was trying to put PBR out of business and eliminate it as a competitor. Pabst sought $400M in damages … and at least two cases of the Miller High Life.

Although the settlement terms were not disclosed, we can all shotgun a cold one knowing that “Pabst will continue to offer Pabst Blue Ribbon and the rest of our authentic, great tasting and affordable brews to all Americans for many, many years to come.”

Water Cooler Talking Point: “Might run to the store and grab a thirty rack of PBR after work today. Have a good weekend, you guys.”