DROP ‘TIL YOU SHOP 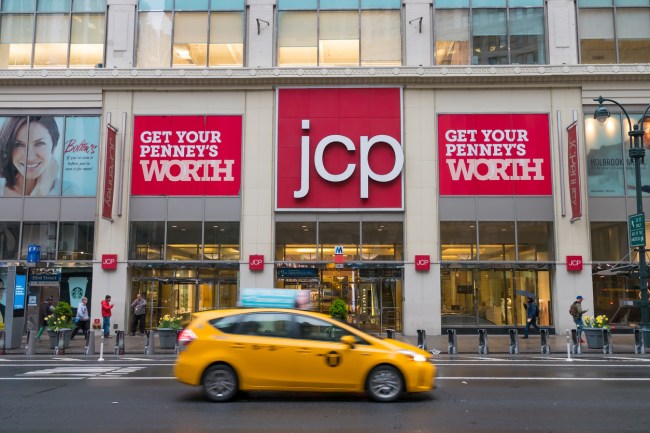 “Retailers are in trouble.”- Captain Obvious

Kohl’s, J.C. Penney, and Nordstrom all left a great deal to be desired after dropping first quarter financials yesterday. Whether it was wet weather (Kohl’s), poor execution (Nordstrom), or simply existing in J.C. Penney’s case, all of the department stores offered excuses for underperforming. Not one of which was just admitting that brick and mortar retail as we know it is dead.

Of course, rather than pointing to a systemic and potentially fatal flaw retail brass turned to a convenient scapegoat: trade wars! All three CEOs cited higher tariffs as a reason for downgrading their respective earnings forecasts for the remainder of the year.

Arguably the most heartbreaking announcement of the day (if your name is Shelly and you always ask for the manager when you get poor service at Chili’s) belongs to Dress Barn, after its parent company Ascena Retail Group announced that it will be closing all 650 retail stores in an effort to “stabilize” the business. Apparently, ceasing to exist is synonymous with stabilization.

It’s not all doom and gloom in the retail world though. Home Depot actually reported a beat on both sales and profit during the first quarter despite that early rain season. It checks out: if dads aren’t outside working on projects, they are at Home Depot planning for them/talking to their “buddy Hal from lighting.”

Theresa May seems like the kinda person who did all of the work on group projects in college … but didn’t snitch on the slackers. May, always a glutton for punishment, put it all (whatever is left) on the line again yesterday.

And almost immediately MPs ripped her still beating heart out of her chest a la ‘Indiana Jones’ and stomped on it for the world to see. During a hastily made pitch to Parliament May proposed a new referendum on Brexit that could allow the country to vote again on if it wanted to stay or go. But it came with a caveat: Parliament must accept May’s original exit strategy should the country decide to GTFO again.

Although the fish and chip loving chaps won’t vote until next month, the deal is as good as dead. Before May even left the podium, MPs were taking to social media to voice their disgust.

Where did we go wrong?

You might remember that the British people voted to exit the EU almost three years ago. The UK’s deadline to leave has come and gone as has Theresa May’s will to love. The EU reluctantly granted an extension, presumably because “this is pretty f*cking entertaining.”

After posting more L’s than the 2017 Cleveland Browns (ok, so May’s Brexit proposals were only denied 3 times), May vowed to abdicate her post following a Brexit decision.

It’s literally anybody’s guess. There’s the no-deal Brexit option, an agreement could get inked by a new British Prime Minister … or, of course, the UK may end up remaining part of the EU.

After four years filled with sticky keys, double letters, and a class action lawsuit, MacBook fanboys can rest easy knowing that Apple has finally decided to change the material used to create its infamous butterfly keyboard.

Apple claims that the change should help with the double key-press issue that users have experienced on their overpriced adult entertainment machines. The newest MacBook Pros which shipped out for the first time yesterday will be equipped with said “new material.” The company didn’t specify what exactly the new material was, but it also didn’t’ say it wasn’t manufactured by Huawei.

Tim Cook and the gang are expanding Apple’s repair program. What originally only pertained to first and second generation keyboards has been expanded to the third generation model that was introduced last year in the MacBook Air and MacBook Pro models.

Coverage is available up to four years after the original purchase date and repair time should be shortened as well. The Genius Bar is about to be anarchy. Apple, however, did not say whether it would continue to use the butterfly keyboard in future models.

This all comes as a welcome surprise to AAPL investors who just kinda assumed Steve Job’s brainchild gave up on hardware altogether.