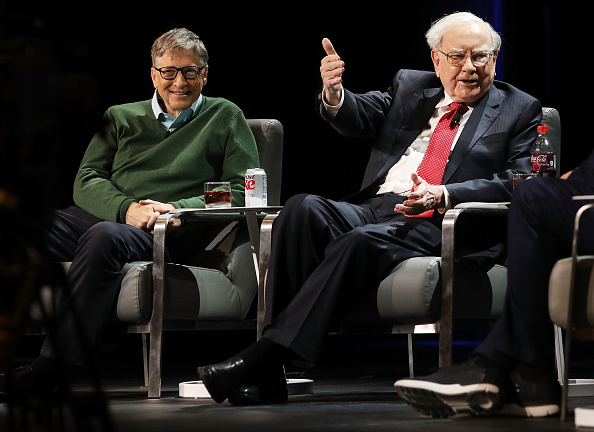 Working harder doesn’t necessarily equate to guaranteed success. However, working smarter increases your productivity without putting in more hours or effort. Savvy entrepreneurs utilize life-changing productivity hacks that enhance their businesses and their effectiveness. Whether you call them strategies, shortcuts, tricks, or productivity hacks, they are sure to boost your output immensely.

What better way to improve your prosperity and efficiency than by borrowing effective productivity advice from some of the greatest business minds of our time. Entrepreneurs, champions of industry, and innovators who have shaped their entire world through their passions. We’re talking about such pioneers such as Steve Jobs, Warren Buffett, Bill Gates, Elon Musk, and more. These trailblazers have unparalleled track records that prove that their methodology gets results.

STEVE JOBS
The legendary founder of Apple recognized that you need to set priorities and focus on accomplishing the most important goal at hand. In 2007, Jerry Yang was appointed as the CEO of Yahoo. He asked Jobs for some advice on how he could turn Yahoo into a winner. Jobs’ pearl of wisdom to Yang: “This is how I do it. I take a sheet of paper, and I say, ‘If my company can only do one thing next year, what is it?’ Literally, we shut everything else down.”

Jobs actually used this prioritization at Apple. At one of the tech company’s “top 100” retreats, Jobs would stand in front of a whiteboard and ask, “What are the 10 things we should be doing next?” Employees would provide exciting, new ideas. Jobs would then cross off any ideas that he dismissed as “dumb.” Eventually, after some debate, the group would narrow the list to the top 10 ideas. Jobs would then cross off the bottom seven suggestions and say, “We can only do three.”

So when you are being overwhelmed by a hefty workload, you need to not panic. List all of the tasks you need to accomplish, then only focus on the top three obligations and don’t attempt to tackle the less important ones until you’ve finished the other tasks.

WARREN BUFFETT
Warren Buffett has been a billionaire for over two decades and currently enjoys a net worth of over $88 billion. Buffett, AKA Sage of Omaha, is oozing a wealth of knowledge from his vast experience. One of his best strategies is called the “5/25 rule.” Buffett suggests that you write down 25 goals that you would like to accomplish in your career. Analyze your list and then circle the five goals that are most important to you. These five objectives are your priority and the other 20 goals are secondary. For Buffett’s two list strategy, he wisely recommends that you don’t even think about your secondary goals until the prioritized goals are achieved first.

MARK CUBAN
Mark Cuban wears many hats including CEO, owner of the Dallas Mavericks, and investor on the TV show Shark Tank. Cubes has a productivity hack that allows him to maximize his time — only emails. Cuban said that he doesn’t take any “meetings or phone calls unless I’m picking up a check. Everything is email.” This allows Cuban to dictate his own agenda and not become a slave to his schedule. This allows you to focus on your goals and not get interrupted by calls that you won’t know when they will end.

BILL GATES
So how do you manage all of those incoming emails now that you’re not taking meetings or phone calls? Bill Gates has a genius method of dealing with the mountain of emails in his inbox. The head of Microsoft suggests that you get two monitors — one for whatever you’re working on and a second dedicated solely to your email. This allows you to multitask and respond to the emails without losing your place on your other monitor.

Gates also filters his inbox and only allows emails from Microsoft personnel, partner companies, and people who he has already had communication with. This stops unwanted emails cluttering your inbox.

JEFF BEZOS
The Amazon CEO has a business tactic that is not only brilliant, but also sounds delicious. Jeff Bezos incorporates a “two-pizza rule.” Meetings can drag on and kill productivity when there are too many people spouting their ideas. To ensure that his meetings don’t become too lengthy or too chaotic, Bezos never goes into a meeting that has more people than what two pizzas could feed. So you’re looking at condensed conference with no more than eight people. It’s a modern take on the “too many cooks spoil the soup” philosophy, but with pizza because pizza is way more delicious than soup.

MARK ZUCKERBERG
The Facebook founder believes that tackling the easiest tasks first allows you to feel a sense of accomplishment and you’ll make important progress early in your work day. Zuckerberg, who made his first $1 million at age 22 and became the youngest self-made billionaire at 23, stresses maximum productivity at the start of the day. “I think a simple rule of business is, if you do the things that are easier first, then you can actually make a lot of progress,” Zuckerberg said.

Once you’ve accomplished a few simpler objectives, you’ll have the confidence and momentum to complete the more difficult tasks. “A lot of what makes an organization or an individual effective is the ability just to power through the stuff that sucks,” Zuckerberg explained. “Building a company, most things do not go your way. Almost every day there are crazy things that come up from all angles.”

You’ll need dedication and a great work ethic, but armed with these excellent productivity hacks you can maximize your talents and achieve what you never thought possible.