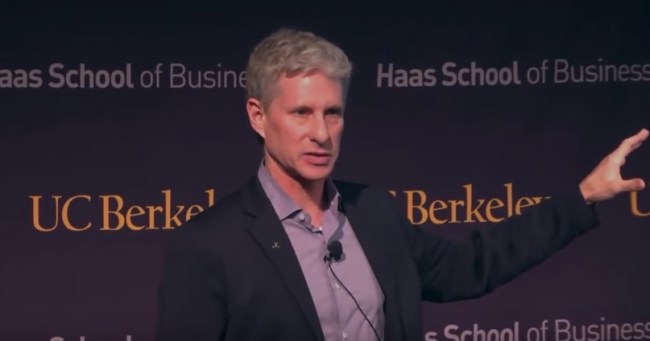 Larsen, who now sits as Chairman of the company, currently holds 5.19 billion XRP cryptocurrency and he still owns 17% of the overall company. According to Forbes, when you combine his holdings and his stake in the company, you get a net work of $37.3 billion. Can only imagine how high XRP is going to go if it ever gets on Coinbase.

According to Business Insider:

The 57-year-old stepped down as CEO of Ripple in November 2016, turning over the reigns to current CEO Brad Garlinghouse, who owns a 6.3% stake in the company, Forbes reports. Larsen currently serves as chairman.

XRP was easily the best performing cryptocurrency of 2017, rising 37,900% from $0.0065 per token in January 2017, to $2.47 by the end of the year. The cryptocurrency now has a market cap of $94 billion, according to CoinMarketCap.com, placing it behind only bitcoin in total value.

If you’re new to the cryptocurrency space, and you have only figured out how to buy coins on Coinbase, getting some XRP in your portfolio isn’t terribly difficult. You can either create an account on Bitstamp, which is an exchange similar to Coinbase, but I’ve heard it takes several weeks for verification.

The other option, for Coinbase users, is to get an account on Binance. Doing this will allow you to get XRP today, but there is one, obvious drawback. You can’t purchase XRP (or anything else) with USD on Binance. But, what you can do, once you set up your Binance account, is send either Bitcoin or Ethereum from your Coinbase account to Binance and buy XRP with ETH or BTC. It sounds a lot harder than it is, and this guy actually does a fairly good job of explaining it.