Sears Files For Bankruptcy; “Davos In The Desert” Participants Dropping Like Flies

Gary Cohn has had more jobs in the past 24 months than a millennial with ADHD and a LinkedIn premium account. From 2006 to 2017 Cohn capped a nearly three-decade career at Goldman Sachs by holding the coveted President and COO role. Before departing for Washington, Gare-bear was rumored to be Lloyd’s heir apparent.

But the immense influence of politics drew Cohn to the nation’s capital, not unlike a litany of other insatiable, blood-thirsty Goldman alum. In February 2017 the Goldman Prez took a role in the Trump administration as the 11th Director of the National Economic Forum. The post, although shortlived, will be remembered for Cohn’s work on tax reform … and his disagreement with the President on tariffs … which lead to his resignation.

Of course, Cohn dodged a bullet when his name was thrown around as a replacement for Wells Fargo CEO Tim Sloan. According to sources, Cohn turned down the job as any self-respecting man of fínánce would.

Cohn will receive a stake in Spring in return for his regulatory know-how.

Water Cooler Talking Point: “Apparently hawking dogecoin is more prestigious of a job than leading the dumpster fire that is Wells Fargo.”

The Tadawul All Share Index, the Saudi stock market, took a seven percent dive. Investors fear economic repercussions from the US and the rest of the free world stemming from the disappearance of the Saudi Arabian Washington Post columnist, Jamal Khashoggi.

Khashoggi, who was last seen entering the Saudi consulate in Turkey to get documents allowing him to marry his Turkish fiancee, was very critical of the Saudi royal family, including Crown Prince Mohammed bin Salman. The disappearance has led US president Donald Trump to call for “severe punishment” if it is determined that Khashoggi was harmed in the Saudi consulate.

The Saudis had been planning “Davos in the Desert,” an investment conference highlighting the modernization of Saudi Arabia and hoping to cement the country’s place as a major economic power that has a whole lot more to offer than oil (you know, like oil money). Major attendees, including Bill Ford and Jamie Dimon have already backed out.

Water Cooler Talking Point: “As a country that’s been pretty anti-monarchy for the last 250 years or so, this seems like a conflict that was bound to bubble up sooner or later.” 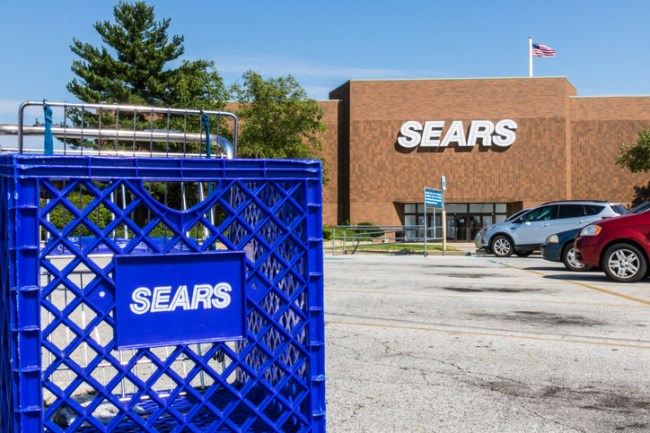 Say goodbye to your (second) favorite Christmas catalog. Sears is filing for bankruptcy after 125 years in business.

Sears has not had a profitable year since 2010 and brought in $17B in sales in fiscal 2017. The once proud creator of Craftsman will be unable to make a $134M debt payment today and, with the filing, immediately close 150 of its existing 700 stores. Talk about a case of the Mondays.

During its final few months of operations, Sears Roebuck will be searching for a buyer, which could potentially be CEO Eddie Lampert’s hedge fund. The preferred back to school shopping destination of 90’s kids will stay open until after Christmas, as it’s secured roughly $500M to support holiday operations. Funding secured.