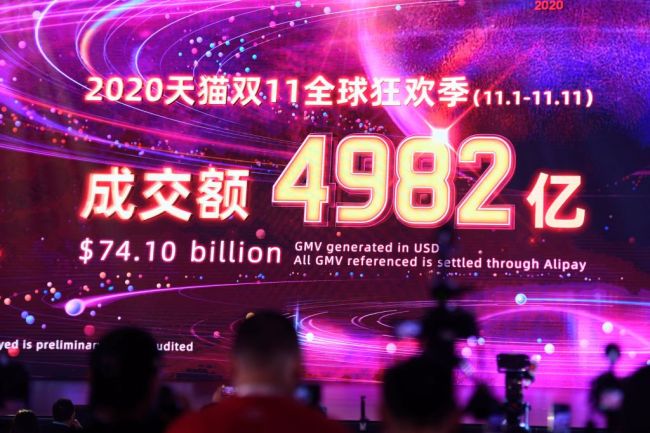 It’s no secret that malls are dying, stores are closing, and retail will never look the same even after the pandemic is over.

Online shopping continues to pull in monster sales numbers during the Coronavirus lockdown and Alibaba – China’s answer to Amazon – reported a record $74 billion in sales over 11 days during its Singles Day event.

It didn’t hurt that the online event even had some major star power involved – Katy Perry headlined the event virtually.

Alibaba reported that the U.S. was the top-country selling to China by gross revenue followed by Canada, the U.K., Italy, France, Germany, and New Zealand.

Alibaba said in a statement they processed 583,000 every second at peak times during the shopping event.

Even though Alibaba is the king of online shopping, don’t cry for Amazon. They’re still doing just fine.

According to Forbes, Amazon shares are up 74% this year and Prime Day this year raked in $10.4 billion, up 45% from last year.

Online retailers aren’t the only entities watching their wealth grow during the pandemic. The world’s billionaires have watched their wealth rise over 25% since the start of the global crisis.